Southampton’s Premier League clash with Aston Villa has been temporarily suspended after a drone flew over the pitch at St Mary’s.

Referee Michael Salisbury had to take the players off after 42 minutes of play after the drone hovered over the stadium.

The delay lasted about 10 minutes before the players returned and ended the first half. 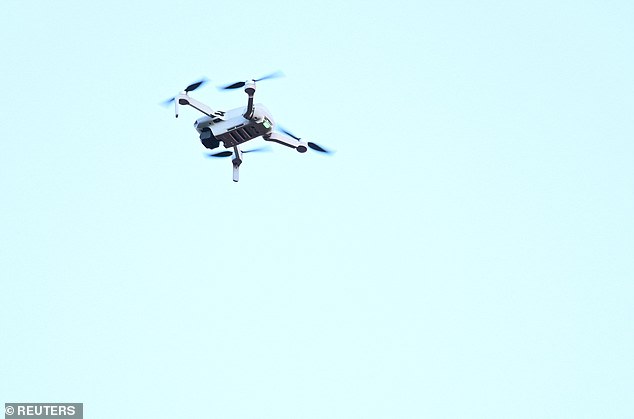 Police and stadium security officials announced a return to action, with the first half ending goalless.

The drone appeared to confuse several players after being noticed by some of them, with Salisbury being alerted by Villa keeper Emiliano Martinez as he lined up to execute a goal kick.

Fans at the stadium were informed that the players had left the pitch for their own safety, leaving many perplexed.

Football matches have to be abandoned because of the threat to fans and players on the ground, as well as a potential terrorist threat when drones fly overhead.

The delay at St. Mary’s lasted about 10 minutes and left many players confused

You will also be stopped by the aforementioned drone due to the possibility of illegally broadcasting the game.

Last season, a game between Brentford and Wolves was interrupted when the drone hovered over the pitch at Gtech Community Stadium, causing a delay of around 20 minutes.

Commenting on the incident on BBC Final Score, former Villa defender Stephen Warnock said: “I’ve never seen that before. Very interesting. A new one to write home about and check off the list.

“Obviously player safety is paramount, but it’s just interesting how these things get in there in the first place.”

https://www.dailymail.co.uk/sport/football/article-11661323/Southamptons-Premier-League-clash-Aston-Villa-delayed-10-minutes-drone.html?ns_mchannel=rss&ns_campaign=1490&ito=1490 Southampton’s Premier League clash with Aston Villa is delayed by 10 minutes because of a drone