A Victorian boy has been charged with murder after a man was fatally stabbed in south-east Melbourne.

Hashim Mohamed, 18, was found with stab wounds near St Kilda Beach shortly after 7.30pm on the evening of December 4 last year.

Rescue services arrived and found Mr Mohamed on the beach near Pier Road suffering from multiple stab wounds. He was taken to the hospital but later died from his injuries.

Homicide investigators charged a 15-year-old boy from Taylors Hill with the murder of Mr Mohamed on Friday. 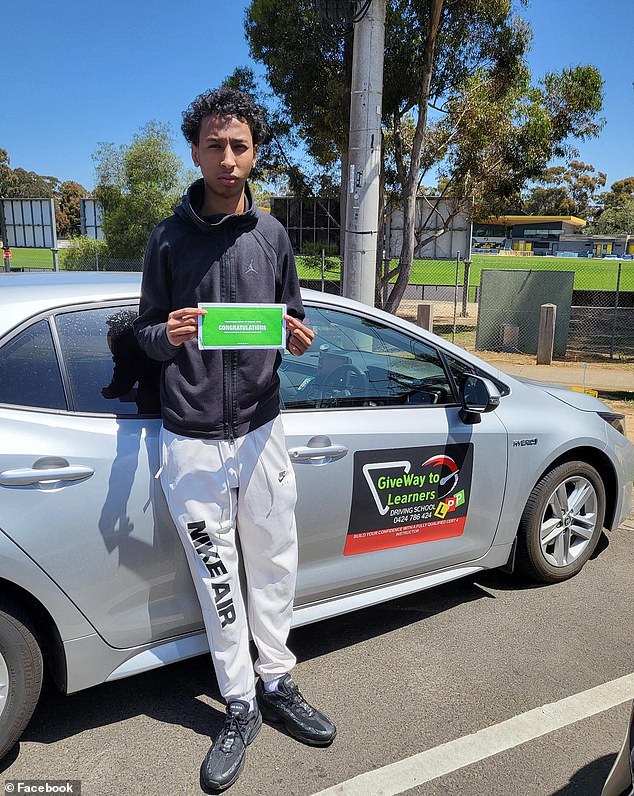 Hashim Mohamed (pictured), 18, was tragically killed after being stabbed to death on St Kilda beach in December last year

The boy was initially charged in December with other offenses related to the incident, including violent rioting and brawling.

He has since been held in custody and will return to a children’s court at a later date.

Seven men, aged between 15 and 18, have been charged in connection with the death of Mr Mohamed, with offenses ranging from assault to weapons charges.

Mr Mohamed, from Tarneit to the west of the city, was a budding entrepreneur and had passed his P-plate test just two days before the fight broke out on St Kilda beach.

After the tragedy, Homicide Squad Detective Acting Inspector Nigel L’Estrange said there was no evidence whether the violence was gang-related, but that that line of inquiry was being investigated.

“We believe the incident was the result of a fight between approximately five to six African men and there are a number of knives involved in this incident,” Acting Inspector L’Estrange said.

The knife used in the stabbing was recovered by police at the scene and CCTV footage helped police identify the attackers.

Investigators want to continue speaking to anyone who witnessed the incident or had information about those involved.

“We know that friends of the victim were present that night who witnessed the stabbing,” Assistant Commissioner Bob Hill said in a statement.

“In the interests of Hashim and his family, please do the right thing and contact the police.

“Victoria Police will do everything they can to hold those involved in this incident accountable, but this is undoubtedly a situation where we need the support of the community.”

How to play Hogwarts Legacy early