Alec Baldwin’s wife Hilaria was seen with a stone face on Thursday afternoon, hours after her husband learned he was to be charged with involuntary manslaughter for the filming of his film Rust.

Hilaria, 39, was joined by several of her seven children when she arrived at her Manhattan home.

Alec was nowhere to be seen. His attorneys said he plans to contest the allegations and insisted he could not be held responsible for the on-set prop guns, which were the responsibility of gunsmith Hannah Gutierrez-Reed.

She, too, was charged, the Santa Fe Attorney’s Office said on Thursday morning. 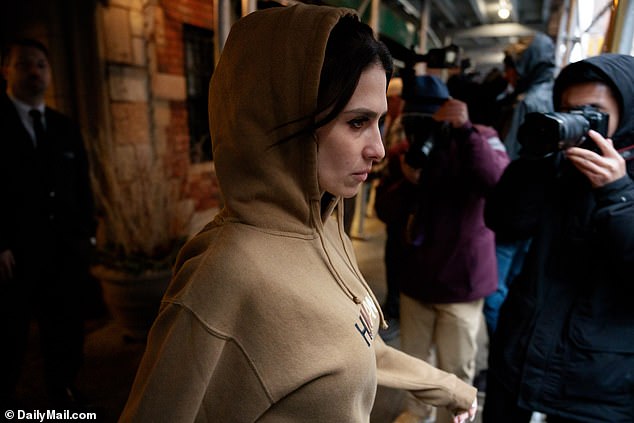 Hilaria Baldwin is seen in New York City on Thursday, hours after her husband was charged with involuntary manslaughter

Hilaria, a yoga teacher, kept her head bowed amid the waiting photographers