Chad Warner has opened up about how he handled the nude photo leak scandal that threatened to derail his season, with the youngster’s Sydney team-mates stunned by his cool temper.

The scandal would have hit many young athletes for six in typical circumstances, and Warner admitted he was initially unsettled when the photos and video came to light. 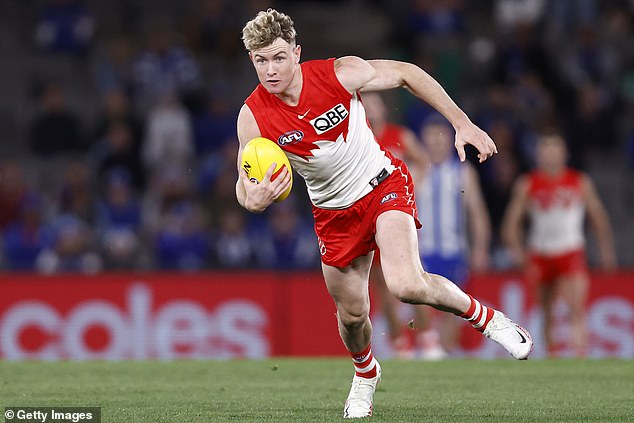 However, in an interview with the Sydney Morning Herald, Warner has explained that he was able to quickly reset and focus on his game, with teammates gathering around him to take the sting out of the scandal.

“A lot of people said I probably handled it a little bit better than they thought,” he said. “I pretty much just saw it, and then I thought at the time … obviously it’s not great, something you don’t want to happen to you.

“I guess I’m the kind of person who just keeps going anyway. At that time I just had to get away from it, so I didn’t let it affect me. There’s no point in feeling sorry for yourself. They just have to get on with the business and we did.’

Warner added that “the Bloods culture” has acted as a huge support system and played a big part in his development since he joined the club two years ago.

“As soon as I walked through the door here two years ago, I felt it all the time. They just give you tremendous confidence to play your game and not afraid to make mistakes. They also have a massive family vibe here, which is why I love it here.

Attention now turns to Friday night’s qualifying final against Melbourne, where 80,000 are expected to head to the MCG to watch the reigning Premiers try to get closer to defending their flag.

Warner has never played in front of such a large crowd due to the pandemic and couldn’t hide his eagerness to show what he can do.

“I can barely wait for it. Hopefully there are so many, we boys will all enjoy it, and there’s always a huge Melbourne [based] support base for Sydney which is great for us.’