A lifesaver has been left with horrific injuries after the surfboat she was rowing during a marathon event involved in a freak accident.

Vesna Andric, from Bega on the NSW south coast, suffered a shattered pelvis, cracked ribs and internal bleeding when she was hit by the full force of a 300kg surfboat at the George Bass Surfboat Marathon on January 4.

Ms Andric was rowing for the Tathra Surf Lifesaving Club women’s team and was heading towards the shore of Bermagui Beach in difficult conditions when disaster struck.

Her friend and teammate Kate Whitton told Daily Mail Australia the accident began when the sweeper – the person steering the boat – was thrown into the water, turning the boat sideways. 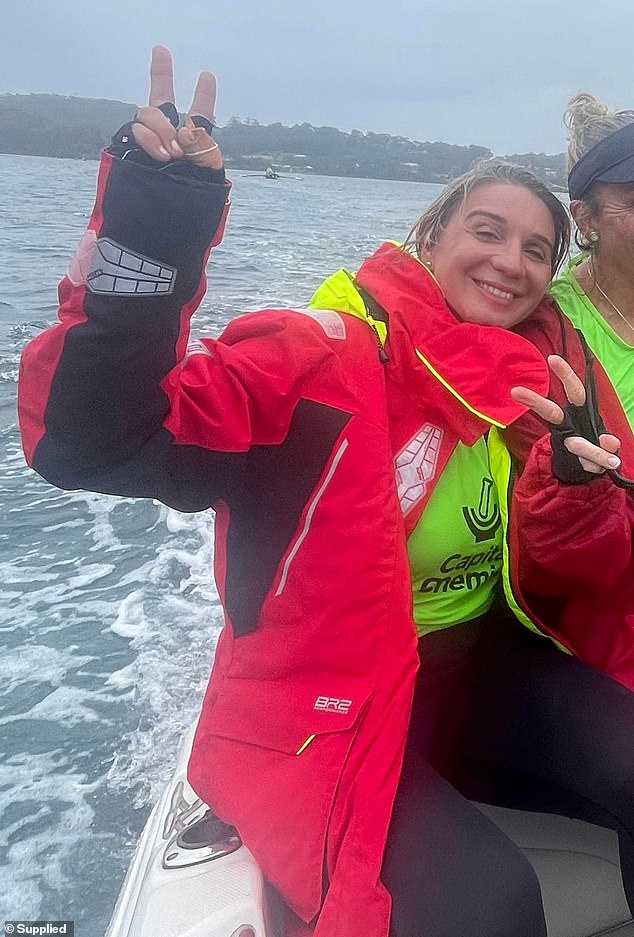 As the boat turned sideways, the crew made the decision to abandon ship.

“A wave of shore trash came out of nowhere and picked up Vesna,” Ms. Whitton said.

“These things weigh up to 300 kg, so she took the full power of this boat.”

Amid the horrific injuries suffered by Ms Andric, her spine also became detached from her pelvis.

“They were there immediately and treated her as if she had a spinal injury.”

“I’m grateful we had the paramedics from the men’s team.”

An air ambulance was called to the beach and Ms Andric was flown to a hospital in Sydney.

Ms Whitton said Ms Andric recovered in intensive care and has since reattached her spine to her pelvis.

The experienced rower was treated and flown to hospital by four men from the Tathra Surf Lifesaving Club men’s team, who happened to be paramedics

Ms Whitton set up a GoFundMe to support Ms Andric, who described her as ‘the most beautiful lady to put others before herself’ (pictured John McKee’s women’s support boat with Vesna Andric, Kate Whitton, Kim Burop and Suzie Hides) .

She also revealed that Ms Andric was recently “helped to stand up for the first time since the accident”.

Ms. Whitton set up a GoFundMe page to support Vesna in her recovery.

“She is the most beautiful lady who puts others before herself. She even texted us to see if we were ok after the accident.

Ms Whitton said the Bega Valley community, the Tathra Surf Lifesaving Club, the organizing committee for the George Bass Surfboat Marathon and the broader NSW Surf Lifesaving Community have been very supportive of her teammate’s recovery.

“The NSW Surf Life Saving Club and Surf Club community have our back and have helped raise money,” she said.

“The support has been incredible.

I am very grateful to the local community as it is tight knit and everyone has gathered around this club and Vesna.

Ms. Andric has competed in numerous George Bass Surfboat Marathons and has been a member of previous surf clubs

Ms Andric has competed in numerous George Bass Surfboat Marathons lasting seven days and has been a member of previous surf clubs.

Ms. Whitton mentioned her and Ms. Andric’s excitement for the marathon’s 50th anniversary in 2025.

More than $30,000 was raised on the GoFundMe page to support Vesna.

If you want to support Vesna, you can donate here.