Teen football player, 16, who went missing and sparked a two-day search in Washington is found – but charged with MURDER a day later after a man, 51, was shot dead

A teenage soccer player who disappeared, sparking a two-day search in Washington, was found but charged with murder a day later after a 51-year-old was shot dead.

Gabriel Michael Davies, 16, of Olympia, has been charged along with another man of the same age with second-degree murder, burglary and unlawful possession of a firearm after the 51-year-old’s death.

The unnamed 51-year-old was found by police at his home in Orting on Thursday after missing work for four days and officers conducting a welfare check.

Officers are holding the teenagers at Remann Hall Detention Center after arresting them at 8pm on Friday night.

Davies from Olympia disappeared on Wednesday on his way to football practice.

According to the Chronicle, some people had seen him go into Millersylvania State Park before he was found.

He was found on Tilley Road Southwest around 10pm on Thursday night by officers who had previously found his car unoccupied in “suspicious circumstances” with blood inside and his mobile phone smashed on the ground. 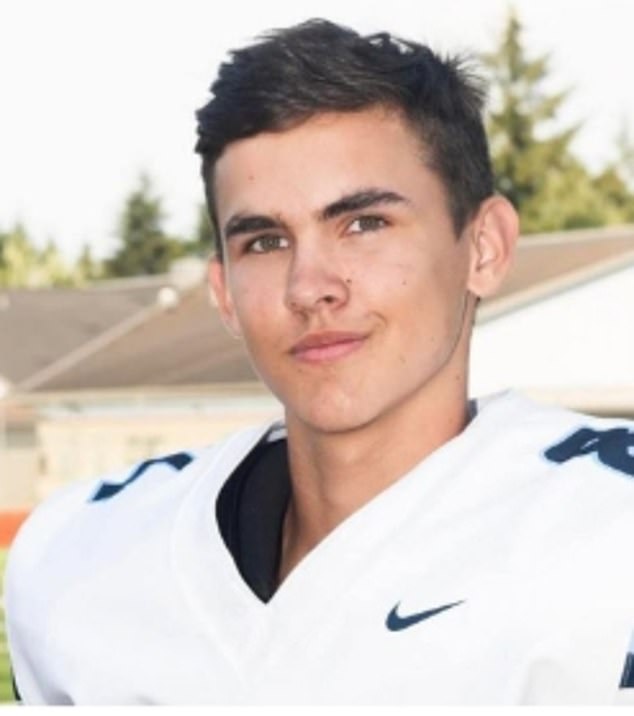 Gabriel Michael Davies, 16, of Olympia, pictured, has been charged with second-degree murder, burglary and unlawful possession of a firearm after the death of the 51-year-old

The Pierce County Sheriff’s Office announced the charges against Davies and the other 16-year-old on Saturday.

No further details about the murder were released by the Pierce County Sheriff’s Department.

However, they have said there is a “probable reason” for arresting both teenagers.

When does Fortnite Chapter 3 Season 4 begin?