The teenage son of Grand National winning coach Henry de Bromhead died in a racing accident in Ireland on Saturday.

Jack de Bromhead suffered fatal injuries after being thrown from his horse at the Glenbeigh Racing Festival in County Kerry.

The race festival program was immediately halted, while fellow coach Gordon Elliott canceled Sunday’s open house at his farm as a show of respect.

After Saturday’s incident, when De Bromhead’s mount stumbled and threw the boy onto the sand, emergency services had been called to Rossbeigh beach – where the race is taking place – in Kerry.

A festival committee spokesman told the Irish Mail on Sunday: “Many of the Glenbeigh Race Committee members are parents themselves and are devastated by the tragic events.

“Our sincere thoughts go out to the De Bromhead family and their friends.” 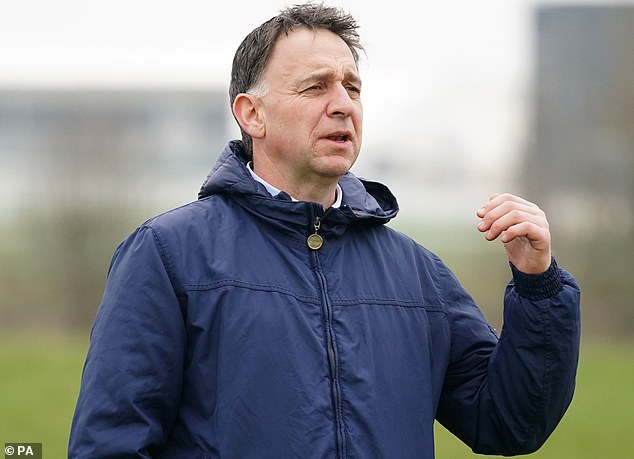 The young jockey received emergency medical attention. However, despite desperate efforts to stabilize the teenager, he was later pronounced dead.

It is believed that members of Jack de Bromhead’s family were on the course with up to 5,000 spectators when the freak accident happened.

A Garda (Police) spokesman told the MoS: “Gardai and the emergency services responded to reports of an incident at Rossbeigh Beach in County Kerry around 5.20pm on Friday.

“A teenage man was treated at the scene after the incident but was later pronounced dead. His body has since been taken to the mortuary at Kerry University Hospital.’

The local coroner has been informed of the young jockey’s death which has left the racing world stunned.

Henry de Bromhead is one of the most successful trainers on the National Hunt Circuit. Last year the trainer dominated the Cheltenham Festival and won the Aintree Grand National.

He was the first trainer ever to saddle winners of Champion Hurdle (Honeysuckle), Champion Chase (Put The Kettle On) and Gold Cup (Minella Indo) in the same year.

Rachael Blackmore, his star jockey, has also been an integral part of all the recent successes.

Henry followed in his father Harry’s footsteps after spurning a career in accounting and taking over the family stables in Knockeen, County Waterford, in 2000.

On Saturday night, tribute was paid to Jack de Bromhead, himself a talented young jockey.

“The whole place is in shock. It’s such a terrible thing,” said councilman Michael Cahill. “Our condolences go to the family. I saw him ride at Cahersiveen just last week. That’s awful.

“It forever shrouded our meeting in a cloud of sadness. The people are here with tears rolling down their faces. This is always a happy, happy family celebration. Everything changed within a few hours. It affects everyone.’

As news of the tragedy broke, disturbing scenes were reported. The festival attracts Ireland’s leading pony competitors, including the country’s best teenage jockeys.

Pastor, 37, who was pronounced brain dead, began moving his feet MINUTES before the organ harvest