In a heartfelt article published on ESPN, Evert revealed that she was diagnosed with the same BRCA-1 variant of the disease that took her sister Jeanne’s life in February 2020.

But Evert says that because of the “genetic roadmap my sister left behind,” doctors have been able to detect the disease early and treat it to the point where she says she’s now “cancer-free, and there’s a 90 percent chance.” Chance that ovarian cancer will never come back.’ 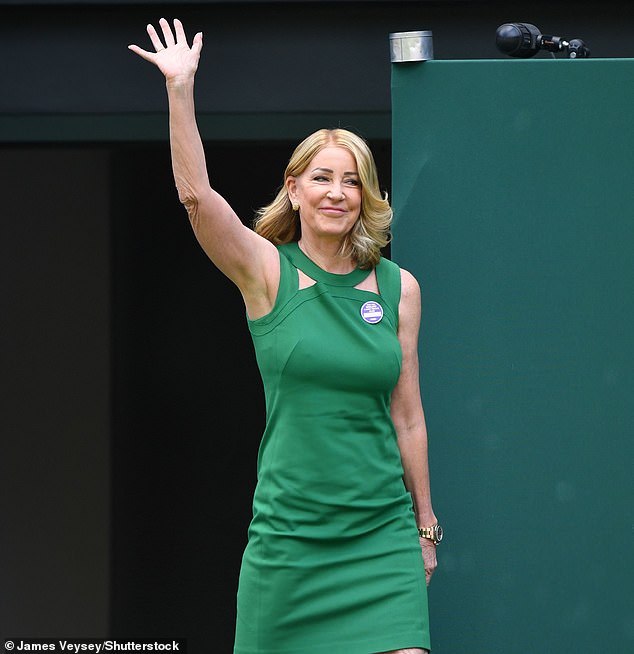 Evert said that back when her sister was first diagnosed, doctors did not recommend that she or her siblings get tested.

“Jeanne was not BRCA positive, but genetic testing revealed that she had a BRCA-1 variant that was of ‘uncertain significance,'” Evert’s article reads.

“Then last November I got a call saying that their BRCA variant had been reclassified – the meaning was no longer uncertain, it was now clearly pathogenic and we should be tested.”

Evert said she had a simple blood test – which confirmed she had the same variant of the cancer as Jeanne.

After the diagnosis was made, Evert planned a preventive hysterectomy. When the pathology report came back, doctors found malignant cells and a tumor in her left fallopian tube.

But the discovery allowed doctors to treat the disease “early enough to do something about it.”

“My doctor said if I had gone undetected, in four months I probably would have been like Jeanne in stage 3 with very few options,” revealed Evert.

“Instead, I was diagnosed with stage 1 ovarian cancer and immediately started six rounds of chemotherapy.”

But chemotherapy may not only have been used to treat the ovarian cancer she is currently diagnosed with, but also any potential future cancers.

“BRCA mutations are associated with up to a 75 percent risk of developing breast cancer and an increased risk of prostate and pancreatic cancer,” Evert said.

That revelation — along with advice from her doctors — led to Evert also undergoing a double mastectomy.

According to her, the pathology report “came back clean and clear, and my risk of developing breast cancer was reduced by more than 90 percent.”

Evert said the variant of ovarian cancer she had could lead to breast cancer, leading to her decision to undergo a double mastectomy – which reduced her risk of the disease by 90 percent

Evert said she revealed her story and that of her sister to raise awareness and let others know about the risks.

“When it comes to choosing between surveillance or surgery, everyone’s decision is personal,” Evert wrote.

“The most important thing is not to leave things to chance. Of the 25 million women and men worldwide who have a BRCA mutation, only 10% know they are carriers.

“When I talk to people about genetic testing, so many people say, ‘It’s too scary to know.’ I’m here to tell you it’s scarier not to.

“My sister, like many people, was so busy taking care of everyone else that she ignored what her body was trying to tell her. My advice is: trust your gut, know your family history, educate yourself about genetic testing, and be your own advocate.”

Evert added: “As relieved as I will be to get to the other side, I will always have a heavy heart. I will never recover from losing Jeanne and I will never take for granted the gift she gave me in the process.

“My sister’s trip saved my life and I hope by sharing mine I may be able to save someone else’s.”

Evert hopes sharing her story will inspire others to get tested and “be your own advocate.”