An 911 call has revealed Lisa Marie Presley’s frantic housekeeper was desperate to direct emergency services to the late singer’s LA mansion after she suffered cardiac arrest.

Presley died at the age of 54 after being rushed to West Hills Hospital and Medical Center in California on Thursday. She was the only child of singer Elvis and Priscilla Presley.

During the phone conversation, which was picked up by the New York Post, the woman struggled to get Presley’s address to the 911 dispatcher.

“What is your emergency address?” the operator asked the distraught housekeeper who was calling from Presley’s home in Calabasas. 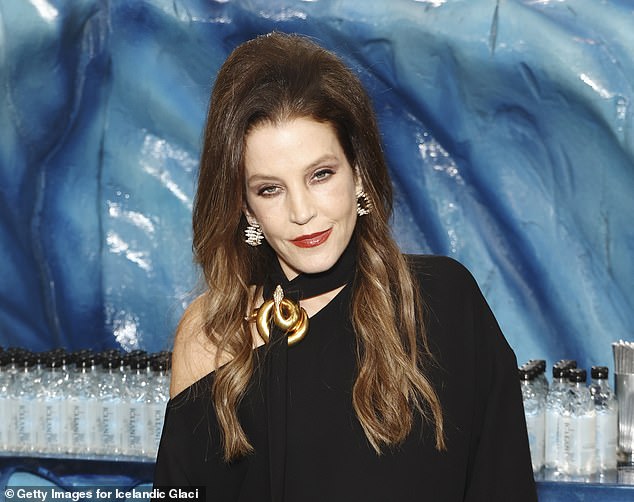 After an interrupted exchange of words, the police officer asked if he could speak to someone else, at which point a man believed to be Presley’s ex-husband Danny Keough took over. First responders appear to arrive seconds later.

The confusion began when the operator asked the housekeeper the name of a nearby street. “It’s Normandy Drive,” she said, confused.

“Yes, but the next street on the corner is Providence Drive?” The policeman answered.

“I really don’t know…it’s Calabasas,” the housekeeper said, before the operator asked if there was anyone else who could give them their location.

When the man believed to be Keough picked up the phone, he expressed concern and asked how far away help was, saying, “How close, far are they?”

Just as the dispatcher explained that he did not know the exact whereabouts, help arrived.

“I think they’re here,” the man blurted out before the call was over.

Presley is pictured with her ex-husband Danny Keough, who is believed to be the man who helps her housekeeper direct paramedics on the phone

After being rushed to the hospital, Presley suffered a second cardiac arrest and died with her mother Priscilla, 77, at her side

Presley’s housekeeper called 911 after discovering her boss had collapsed in a bathroom.

When paramedics arrived they managed to revive her and she got a pulse again, but she was brain dead on arrival at the hospital, TMZ reported Friday.

The family rushed to her bedside, where she was in an induced coma and on life support. When they learned that she was already brain dead, they signed a “do not resuscitate” order. She later suffered a second cardiac arrest and died with her mother Priscilla, 77, at her side.

“It is with a heavy heart that I share the devastating news that our beautiful daughter Lisa Marie has left us,” Priscilla Presley said in a statement Thursday night.

Her ex-husband, Danny Keough, had returned to the home shortly after her collapse and performed CPR until paramedics arrived.

Louisa Lytton shares sizzling snaps from her honeymoon in the Maldives