A BBC radio station repeatedly played grime rap songs that openly glorified gang violence before and after the Notting Hill carnival where a man was stabbed to death.

Critics accuse the corporation of being too lax in allowing the music to play and claiming it legitimizes violence.

Music broadcast on BBC 1Xtra described violent clashes between gangs with references to the use of firearms and knives.

On the eve of last weekend’s carnival, which saw more than 200 arrests, stabbings and one suspected murder, Act So Large host Sir Spiro performed pre-season with lyrics that began: ‘I do drug dealer anthems, come from one Drug dealer family, re-up come from Los Angeles, born and raised in Tower Hamlets. . . You swing your fist, you swing your gun, anything. . . I have a pair of toes you don’t want to step on. . .’ 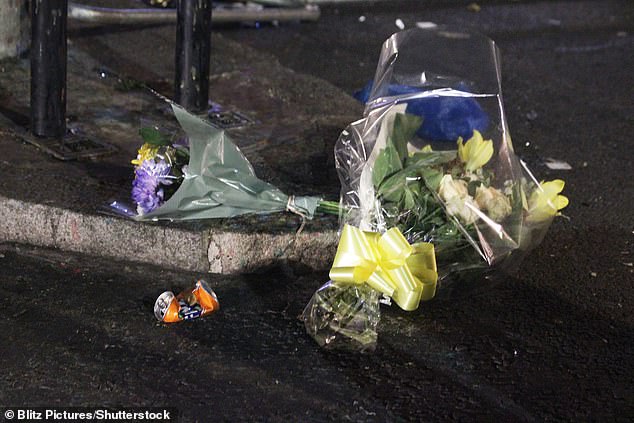 And just hours after Takayo Nembhard, a 21-year-old rapper from Bristol, was stabbed to death at last Monday’s carnival, DJ Snoochie Shy performed a tune dubbed “Carnival After Party Spesh!” on her show.

It read, “I aim, I’m a sniper. I met that. Outside with the Trapboys. Also circle the block with shooters. . . ‘

The BBC beeps swear words but does not remove phrases that glorify the use of guns and knives.

Critics accuse the corporation of being too lax in allowing the music to play and claiming it legitimizes violence. Pictured: The scene of the carnal stabbing at Ladbroke Grove

He said: “I want to know what those strict editorial guidelines are. From my point of view, it’s okay to talk about violence when it’s about violence on black.

“Urban gang wars are deadly, destroying lives and entire communities. So when the UK’s largest urban radio station plays music that legitimizes these activities, it really means that these things have become a part of our everyday lives.”

https://www.dailymail.co.uk/news/article-11177367/BBC-glorified-violence-playing-rap-referencing-use-guns-knives-Notting-Hill-death.html?ns_mchannel=rss&ns_campaign=1490&ito=1490 The BBC “glorified violence” by playing rap and referring to the use of guns and knives after Notting Hill’s death

Inside the ugly silver chair, Daniel Johns shared with bandmates who "moved on" from him