The crown’s portrayal of the royal family was “complete fantasy” and “so unfair,” said Lady Anne Glenconner, the late Princess Margaret’s lady-in-waiting.

The 90-year-old socialite, who was maid of honor at Queen Elizabeth II’s coronation, told BBC Radio 4’s Woman’s Hour that the show “just makes me so angry”.

She said: “The problem is that people, especially in America, totally believe it. It’s so irritating. I don’t watch The Crown now because it makes me so angry. And it’s so unfair to members of the royal family.’

A Netflix spokesman previously said: “The Crown has always been presented as a drama based on historical events.

“The fifth series is a fictional dramatization that imagines what could have happened behind closed doors for the royal family in a significant decade – one that has already been extensively studied and well documented by journalists, biographers and historians.” 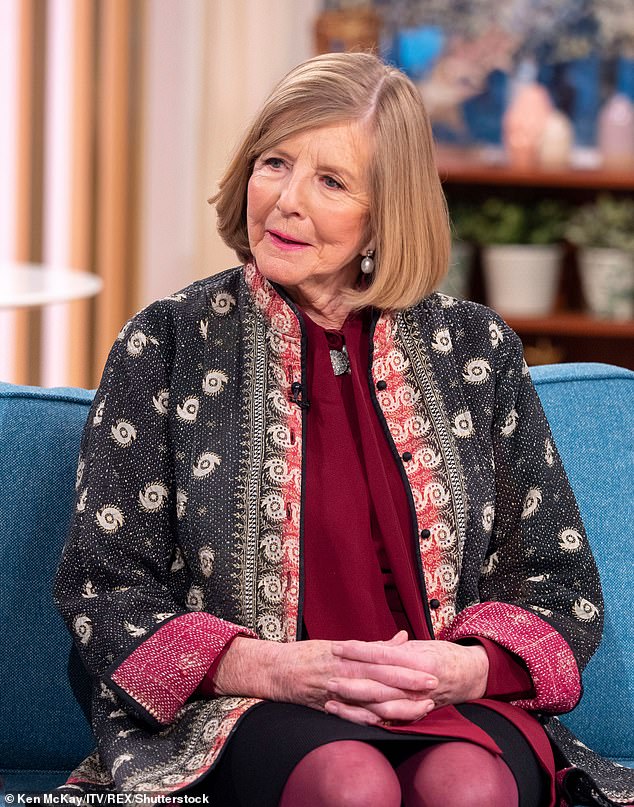 Lady Anne Glenconner (pictured November 2019), who was a lifelong friend of the late Princess Margaret, spoke of The Crown, calling it a “complete fantasy” and “so unfair”.

Lady Glenconner (left) was formerly Lady Anne Coke, eldest daughter of the fifth Earl of Leicester, who was 19 when she was chosen as one of the six maids of honor at Queen Elizabeth’s coronation

Speaking about an episode in the second series that portrayed the Duke of Edinburgh as being responsible for his sister Cecilie taking the flight that resulted in her death in a plane crash in 1937, she said it was “horribly painful.” .

She said: “That was completely wrong and I think saying that about people hurts terribly. Nobody wants their relatives to be devastated like that.’

Anne, who turned 90 this year, has caused quite a stir with her explosive new book, Whatever Next.

She caught up with Holly Willoughby and Phillip Schofield on Monday morning to discuss her new book, and she said Netflix doesn’t need to “embellish” the truth to appeal to viewers.

The socialite, who was married to Colin Tennant, Baron Glenconner, from 1956 until his death in 2010, said she found the show’s portrayal of Margaret untrue and “hurting”.

She added that actress Helena Bonham Carter, who played Princess Margaret in the show’s third and fourth seasons, admitted to her that she found Netflix’s portrayal of Margaret “disappointing”.

Lady Anne went on to say that while she doubts the royals will watch the show, she called Netflix because she had “hurt” them with untrue claims, particularly about the late Duke of Edinburgh.

Pictured: Anne and Princess Margaret with Colin Tennant, left, in 1977. The couple were lifelong friends of Margaret

The aristocrat admitted to Phil and Holly that she had enjoyed previous episodes of The Crown but that it “sort of went ‘terribly off-piste'”.

“I know from personal experience that being in The Crown was not at all true.”

She specifically spoke about a pool party scene in which her character appeared with Princess Margaret, and she said it made it seem like she was “pimping” for the king.

“Of course that didn’t happen. I don’t know why they had to do this. The truth about the royal family is so interesting. You don’t have to embroider it,’ she said.

She said she spoke to Helena Bonham Carter about appearing on the show after it was released by Netflix.

“After that I said to her, ‘A bit disappointing, isn’t it?’ And she replied: “Yes, but I’m an actress, I have to do what is written,” she added.

Asked by Phil if she thinks the show is hurting members of the royal family, Anne said, “I think it hurts,” before adding, “I don’t think they see it.

“The only thing that bothered me was when Prince Philip was accused of killing his sister, which was completely wrong, it hurts so much,” she said.

The socialite told Phil and Holly, left, that she finds the crown hurtful and “completely untrue” in parts

The aristocrat with her husband Colin Tennant, Lord Glenconner in 1955 when they were newly married. Anne has opened up about her late husband’s abusive tendencies in her new book, Whatever Next

She was referring to an episode of the show’s second series where The Crown implies that Prince Philip’s older sister Cecilie died in a plane crash because she flew to the UK to see him because of his misbehaving at school .

Princess Cecilie of Greece and Denmark died in a terrible plane crash in 1937 at the age of 26, along with her husband Georg Hereditary Grand Duke of Hesse and their four children.

They had traveled to Britain to attend the wedding of Louis, Prince of Hesse and by Rhine.