A schoolgirl who tragically drowned while swimming after a seizure was described by her family as a “ray of sunshine that touched many lives”.

The youngster was with Solihull Swimming Club at North Solihull Sports Center when tragedy struck on February 28.

She was rescued from the water and taken to Birmingham Children’s Hospital but died two days later, on March 2nd.

A doctor who treated Ella at the hospital noted that she suffered “hypoxic-ischemic brain damage as a result of drowning from a generalized chronic seizure while swimming.”

An inquest jury concluded today that she died as a result of an accident. 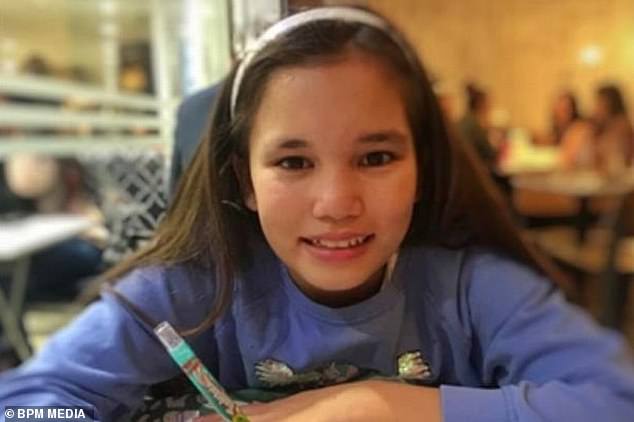 Ella Swann (pictured), 14, who tragically died two days after a seizure while swimming on February 28, was described by her father as a “ray of sunshine that touched many lives” when an inquest jury concluded that her death was an accident

Ella’s devastated father Michael Swann said his daughter was a “ray of sunshine that touched many lives”.

Mr Swann told the hearing: “She enjoyed sports. Her two favorite sports were swimming and running.

“Ella trained and swam at Solihull Swimming Club. Her favorite style was backstroke. She was part of swimming galas.

“She enjoyed participating and even more enjoyed the atmosphere and support from other club members. For Ella it was all about participation and having fun.’

The schoolgirl from Dorridge, West Midlands, was diagnosed with epilepsy at the age of 10. She had never experienced seizures during physical activity.

“Ella was a young lady just making her way in life. Ella was known for her kind nature, always full of joy, love and care for others. She always tried her best to give things a chance. She was sunshine.

“We are devastated. She is really missed. Ella was a very special girl.”

The accident happened at North Solihull Sports Center on February 28

After her tragic death, her family also decided to donate her organs.

The jury confirmed to the Coroner’s Court in Birmingham and Solihull that their conclusion was “accidental”.

The jury concluded: “On the evening of February 28 Ella attended her routine Solihull Swimming Club squad meeting at the North Solihull Sports Centre. Sometime between 9:00 p.m. and 9:05 p.m., Ella was discovered at the bottom of the pool.

‘Ella was pulled unconscious from the pool and revived by sports center staff and then by emergency services. Resuscitation was complicated by persistent vomiting.

‘Ella was taken to the hospital and had suffered cardiac arrest. Ella was diagnosed with hypoxic brain injury and died at 5.12pm on March 20 at Birmingham Children’s Hospital.’

Addressing Ella’s family members, Senior Coroner Louise Hunt said for Birmingham and Solihull: “I can’t say anything to ease the pain you and your family go through every day.

“I hope this process helped you in some way to understand a little bit more about what happened.

“I realize it doesn’t bring all the answers. I hope in time you will remember the girl, the person you described. Thank you for giving me a glimpse of who Ella was…that ray of sunshine you described to me – the person who cared so much about others and touched so many lives.

“And she ends up saving so many lives with this incredibly generous donation of her organs.”

https://www.dailymail.co.uk/news/article-11166285/Schoolgirl-14-drowned-described-father-ray-sunshine-touched-lives.html?ns_mchannel=rss&ns_campaign=1490&ito=1490 The drowned 14-year-old schoolgirl is described by her father as a “ray of sunshine that touched many lives”.