The investigator who uncovered Jimmy Savile’s prolific pedophilia said he was working – and has been for some time – to uncover another known child molester alive.

Mark Williams-Thomas, the former police detective-turned-TV journalist who exposed Savile, claimed that the other person has so far evaded justice because he is “untouchable.”

Williams-Thomas was the lead investigator on the ITV Exposure documentary The Other Side of Jimmy Savile, which revealed how one of Britain’s most popular entertainers systematically and disturbingly exploited young and vulnerable girls.

The award-winning film, which aired just over a decade ago on Oct. 3, 2012 — a year after Savile’s death — prompted hundreds of other unheard victims to report their experiences.

In the documentary, five women said they were sexually abused by Savile when they were teenagers. This exposure of Savile as a pedophile led to extensive media coverage, including 41 days on the front pages. 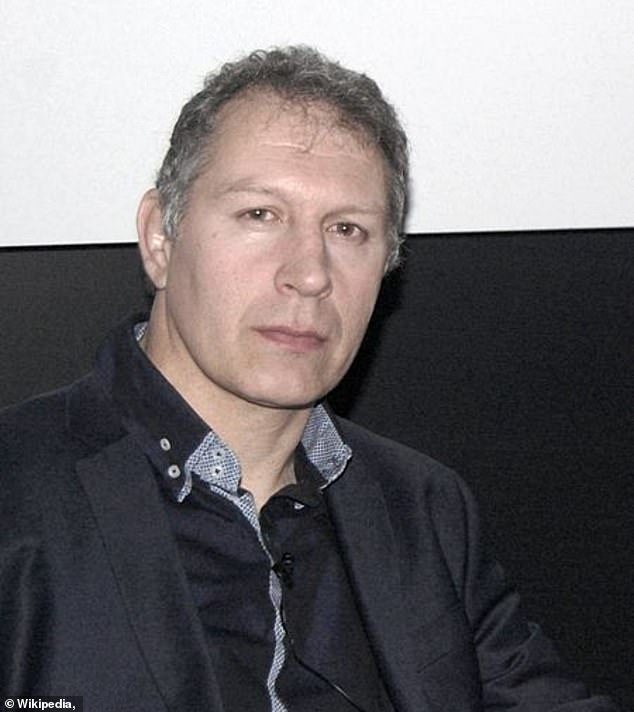 The film led to the investigation into the Met Police’s Operation Yewtree, which ultimately resulted in sexual abuse convictions for several prominent figures.

As of October 2015, 19 people have been arrested through Operation Yewtree; seven of those arrests resulted in convictions.

However, Williams-Thomas, a child protection expert, has expressed frustration that his pursuit of a high-profile goal has been thwarted so far.

“There are still people out there who are untouchable,” the former Surrey Police and Family Liaison Officer told i.

“There is one very significant person for whom I have done everything I can to be prosecuted because he is clearly a child sex offender.”

Williams-Thomas was the lead investigator on the ITV Exposure documentary The Other Side of Jimmy Savile, which revealed how one of Britain’s most popular entertainers systematically and disturbingly exploited young and vulnerable girls

“To date, the CPS will not press charges. The police and I tried very hard to get there. He will die in due course, and then the floodgates will open in the same way they did with Savile. That is not right. But justice takes many different forms.”

He added: “The truth is that no broadcaster would have done a show about Savile while he was alive. We live in a society where there are some people who can’t be beat and that’s really sad.”

Williams-Thomas, who left the police force 20 years ago to set up a specialist child protection agency, has become a favorite with broadcasters and recently contributed to a Channel 4 film starring Sir Cliff Richard, Paul Gambaccini and DJ Neil Fox told her life story was ruined by sexual abuse allegations made against her.

The cases against Richard and Gambaccini never went to trial, while Fox was found not guilty in a magistrates’ court.

“There’s always collateral damage,” Williams-Thomas said, “there will always be innocent victims of war, and that’s what happened here.”

While he believes the allegations against Sir Cliff were correct, he also said police were conducting a “shambolic inquiry”.

“What was wrong was the way they did it,” he added.

His experience uncovering the Savile story means that Williams-Thomas does not accept Sir Cliff’s plea for sex crime suspects to be granted anonymity before charges are brought, so i.

“I’ve seen the value of breaking anonymity so victims can come forward. This is one of the reasons the CPS had no evidence to prosecute Savile while he was alive.’

“The media plays a crucial role in getting victims to come forward by publishing names. But they must consider the impact on the accused because there is no crime more heinous than child sexual abuse.”

From detective to TV journalist: The career of Mark Williams-Thomas

When the Savile film was being produced, ITV was wary of releasing it, Williams-Thomas said.

The BBC’s Newsnight had also launched an investigation – in which Williams-Thomas had been a co-worker – that would have aired the sick claims about Savile at the same time the station was preparing a tribute program for Savile after his death.

“ITV’s lawyers have lost their nerve in the last few days leading up to the broadcast. You could see the temperature reaching boiling point,” Williams-Thomas told i. “This was a guy who had tremendous power during his TV reign and even after he died people were afraid to take him on.”

“I knew we had to take away the story of the child abuse at home. Rightly or wrongly people would say these are the stories of damaged children, can we believe them?’

“We conducted a duly proven, police-style forensic investigation for months. Also, television is a visual medium, so we had to get the victims to speak in front of the camera, we couldn’t have everyone anonymized. The program was thanks to the courage of the women who told their stories.”

Although the show aired at 11:10 p.m. at night, the impact of the show was immediate. “The NSPCC sent us a letter a week after the broadcast saying they could pursue 1,000 child abuse cases as a result.”

“When the senior detectives at Operation Yewtree sat down with us to see what we had, they said they thought there were 30 Savile victims. There was silence in the room as I said the number was closer to 500. That’s roughly the number that subsequent investigation revealed.’

“What our small team has achieved has given a voice to victims across the country. If we hadn’t done Savile, I really don’t think this movement would have gone global,” Williams-Thomas said.

“It created Harvey Weinstein and Epstein (their revelation). I’m honored to have been a catalyst for something that changed people’s lives.”

Thinking about Savile, Williams-Thomas told me he understood how even King Charles could fall for such a manipulative figure.

“I’ve seen conversations between Savile and Prince Charles about using Savile as a sounding board for his relationship with Diana. Pretty crazy because Savile has never had a real relationship in his life.’

“I don’t blame Charles, Savile wanted to ingratiate himself with the royal family. If he saw any advantage in being somewhere, he would use it for his personal gain. He managed to get a foot in the door. He has also done a lot for charity and this has helped create a profile that he has built on through contact with the royal family.

https://www.dailymail.co.uk/news/article-11270161/Investigator-exposed-Jimmy-Savile-working-child-sex-case-against-significant-person.html?ns_mchannel=rss&ns_campaign=1490&ito=1490 The investigator who exposed Jimmy Savile is working a child molestation case against a “very significant” person