A mother died after waiting nearly two hours for an ambulance before her nine-year-old daughter spent hours trying desperately to wake her up.

Victoria Louisa Maame Yamphet, 40, died at home in Dagenham, east London last week after complaining of a stomach ache while her terrified daughters, aged nine and 18, looked on.

Her daughter Emmanuela, 18, said her mother came home with the flu on Sunday January 8 before her condition rapidly deteriorated.

“My mother complained about her ribs and stomach. I offered to call an ambulance because she’s not actually sick and I knew it was bad,” Emmanuela said. 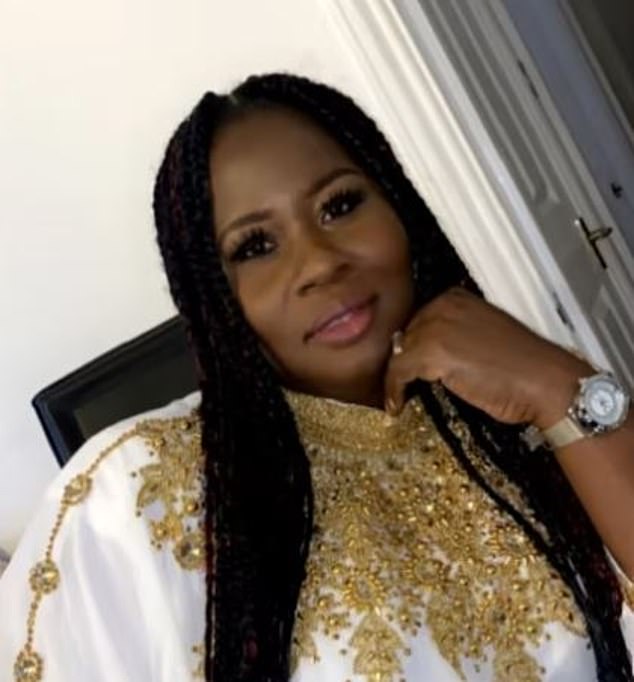 Victoria Louisa Maame Yamphet, 40, died last week at her home in Dagenham, east London, in front of her terrified daughters, aged 9 and 18

Their daughter Emmanuela (right), 18, said her mother came home with the flu on Sunday January 8 and had quickly lost weight (Pictured from right: Emmanuela, nine-year-old Emily, her mother Maame and half-sister Priscilla ).

During the night Maame, as she was known to friends and family, became sicker and at 6:09am on Tuesday 10 January her daughter called an ambulance.

Emmanuela (pictured) called emergency services four times before paramedics reached her mother, but it was too late. She said: “She just stopped breathing in front of me and my little sister. “I put her in a recoverable side position and revived her. I called the ambulance screaming and crying to get them here faster.

Emmanuela was initially told the ambulance was six to 10 minutes away, but 20 minutes later there was still no sign of it.

The nationwide ambulance strike began the next day, January 11th.

“I called again and suddenly I had to wait an hour,” she said.

“I told them my mother couldn’t wait that long. I was in trouble because I didn’t know what to do.’

She was told at 7.15am – more than an hour after her first call – that a taxi would be dispatched to her house to take her mother to the hospital.

“Before the taxi came to us, her pain was getting worse. She just stopped breathing in front of me and my little sister,” Emmanuela said.

“I put her in a stable side position. I revived her. I called the ambulance screaming and crying to get them here faster.

“They were literally here in a minute and I felt like they can come if I really need them, but they didn’t until I started screaming and crying.

“When they came, they did everything they could, but it was a little too late. Because my mother was in pain for an hour and 45 minutes, unfortunately … she didn’t make it.’

Maame worked as an assistant for over 20 years. Her daughter said: “It’s very unfair. My mother was an assistant, she always looked after people, but when it was her turn, she wasn’t taken care of.

Maame worked as an assistant for more than 20 years. Her daughter said: “It’s very unfair. My mother was a social worker, she always took care of people, but when it was her turn, they didn’t take care of her.”

There have already been three days of rescue strikes in the last few weeks.

Last month they took place on December 21st and 28th and this month on January 10th.

The next strikes are announced for January 23rd, February 6th, February 20th and then again on March 6th and 20th.

The dispute between the unions (Unison and GMB) and the government concerns the pay, staffing and retention of healthcare workers.

Ambulance workers have been offered a 4 per cent pay rise by the government – equivalent to an additional £1,400 per capita per year – but unions have turned it down amid inflation of 10.7 per cent.

The unions consider the current salary increase to be unacceptable.

Adding to her disappointment with the emergency services, Emmanuela said she was very distressed when her mother’s body was left at the home with her and her nine-year-old sister Emily for six hours.

She said: “My little sister was lying on the floor next to our mother the whole time. She cried, shook her and tried to wake her up.’

Her father, who works in the NHS, rushed home to his partner and children and when he was told his partner hadn’t made it he literally started to collapse, his daughter said.

Maame’s daughters, who are both being advised on their schools, are currently staying with their aunt Sally Andrews in south London as she doesn’t want her nieces to stay where their mother died.

“We deeply apologize for the delay in responding to Ms. Yamphet.

“We are investigating our response to this 999 call and the care provided and as part of this thorough investigation we will be contacting Ms Yamphet’s family to understand the circumstances of this incident.

“On behalf of the London Ambulance Service, I offer my sincere condolences to Ms Yamphet’s family and loved ones.”

The cause of Ms Yamphet’s death has yet to be determined. Her daughter Emmanuela has now set up a donation page for her mother’s funeral: “We want to give her a dignified funeral,” she says.

https://www.dailymail.co.uk/news/article-11652915/Mother-dies-home-following-two-hour-wait-ambulance.html?ns_mchannel=rss&ns_campaign=1490&ito=1490 The mother dies at home after waiting two hours for the ambulance