At a whopping 5,360 words, The New York Times’s magnum opus on Hunter Biden should have contained new information on the various ways the First Son has skirted the law, made millions in foreign business deals and caused a potential conflict of interest by leveraging his father’s name.

Instead, the Gray Lady’s lengthy report either left out or got completely wrong several aspects of Hunter’s troubled adult life. The ‘paper of record’ made errors about the Bidens’ shared bank account and when former addict Hunter started smoking crack cocaine.

The Times, which has struggled to refute allegations of increasingly liberal bias in its coverage, depicts the Hunter Biden scandal as ‘exaggerated’. But by understating central issues it leaves itself open to being criticized for the same kind of partisanship it accuses Republicans of.

The piece, headlined ‘Hunter Biden’s tangled tale comes front and center’ purported to be an in-depth look at the 52-year-old’s life at a time when federal prosecutor David Weiss is ‘closing in on a decision about whether to prosecute’ him. 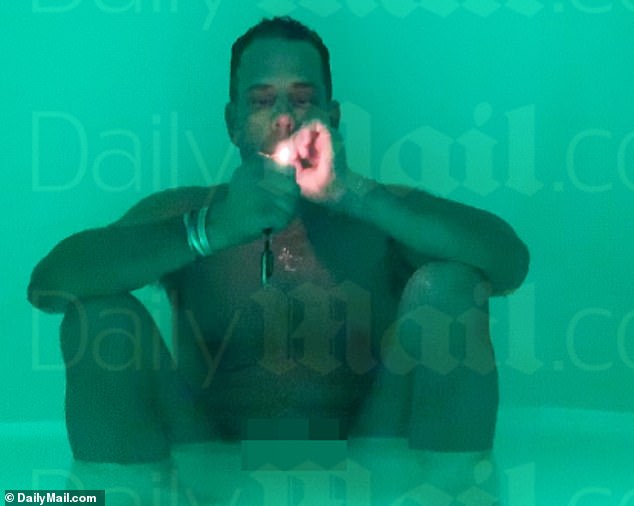 US Attorney David Weiss is believed to be considering charges related to $30,000 in tax deductions, which Hunter Biden claimed for business expenses

The piece, headlined ‘Hunter Biden’s tangled tale comes front and center’ purported to be an in-depth look at the 52-year-old’s life at a time when federal prosecutor David Weiss is ‘closing in on a decision about whether to prosecute’ him

The Times said Weiss, the U.S. Attorney for Delaware, who has been investigating Hunter’s businesses and tax affairs since 2020, seems to be focused on charges concerning Hunter’s failure to file taxes on time.

Another charge could come from his October 2018 purchase of a handgun when he claimed he was not on drugs at the time ‘an assertion that prosecutors might be able to challenge based on his erratic behavior and possible witness accounts of his drug use around that period.’

But the Times overlooked the fact that Hunter himself admitted in his memoir he was suffering from ‘full-blown addiction’ at the time.

The Times also made a vague suggestion that some of the emails found on Hunter’s abandoned laptop might not be authentic, despite DailyMail.com, The Washington Post, CBS – and even the Times itself – independently verifying the laptop’s contents.

And while The Times writes about a ‘narrative promoted by the Republicans,’ the facts are laid bare in documents, emails and texts straight from Hunter himself.

Here, we examine what the Times got wrong, the shady dealings they minimized and the key details they missed completely.

What the New York Times got wrong

The Times claims: ‘(Hunter’s business associate James Gilliar) said he was unaware of any involvement in the (Chinese energy company) CEFC discussions by Hunter’s father at any time.’

Yet among all the shocking messages involving Joe Biden, possibly the most important email of the 154,000 on Hunter’s abandoned laptop is the infamous ‘10% for the big guy’ email, written by Gilliar, suggesting that the president was secretly involved in, and set to profit from, an alleged Chinese influence operation.

Multiple associates of Joe Biden called him the ‘big guy’ in emails found on the laptop. The Times doesn’t mention that or offer further explanations about who the ‘big guy’ could be.

The Times claims: ‘Some of what Republicans have cast as evidence that could implicate President Biden in questionable behavior by his son – assertions that father and son shared bank accounts…. is contradicted or undercut by a fuller look at Hunter Biden’s activities.’

But emails from Hunter’s business manager Eric Schwerin to Hunter indicate that the father and son did share a bank account and paid each other’s bills.

In one email, Hunter complained that he had been shut out of his own bank account and that his father had been using it.

The Times claims: ‘The first anniversary of Beau’s death sent him into a spiral of depression that led to an addiction to crack cocaine…Hunter did not want to give up his role at Burisma, which was not particularly demanding of his time and continued to pay him handsomely — about $600,000 a year — even after he started smoking crack.’

Actually, Hunter by his own admission started smoking crack ‘around my senior year at Georgetown,’ according to his memoir, when he bought it from ‘Bicycles’, a homeless addict friend.

The Times claims: ‘One of the first ventures Mr. [Devon] Archer brought Hunter into turned out to be something of a bust — a deal with Shanghai-based BHR Partners that never fulfilled its ambition of making big investments in the United States.’

But BHR did invest millions in major Chinese surveillance firm Face++, and court documents show an exec for the Chinese side of BHR, Henry Zhao, wired $5million to Burnham Asset Management, a firm linked to Hunter.

David Weiss, U.S. attorney for Delaware, could soon be pressing charges against Hunter Biden for tax evasion. Hunter could also face charges over his October 2018 purchase of a .38 caliber handgun after he claimed he was not on drugs at the time of purchase

The infamous ‘big guy’ email by James Gilliar, suggesting that the president was secretly involved in, and set to profit from, an alleged Chinese influence operation

Hunter allegedly lied on a firearm report. A photo of the form shows the first son allegedly answered ‘no’ when asked if he was an ‘unlawful user of, or addicted to, marijuana or any depressant, stimulant, narcotic drug, or any other controlled substance’

What the New York Times left out

• The publication mentions that Joe left a voicemail saying ‘I hope you know what you’re doing’ when he discovered that Hunter had taken a seat on the board of the Ukrainian energy firm Burisma. But it made no mention of another voicemail about when Joe had said ‘I think you’re clear’ after reading a Times piece about Hunter’s dealings with CEFC.

• The Times quotes Father Alex Karloutsos of the Greek Orthodox Archdiocese of America saying Joe ‘simply waved at everybody’ at a meeting in the Cafe Milano with Hunter’s business partners. They omit that Karloutsos is a longstanding close Biden ally, who has described Joe as ‘his closest friend’, and that the White House initially denied the meeting even happened then were forced to admit it after photos emerged of Joe there posing with Hunter’s foreign partners.

• The NYT doesn’t mention incriminating texts between Hunter’s business partner Tony Bobulinski and Gilliar. In 2017, Bobulinksi texted Gilliar, ‘Don’t mention Joe being involved. It’s only when u are face to face. I know u know but they are paranoid’ while discussing Hunter and CEFC.

NYT omits that Father Alex Karloutsos of the Greek Orthodox Archdiocese is a longstanding close Biden ally who referred to the president as ‘his closest friend’. Biden awarded Karioutsos the Presidential Medal of Freedom in 2022

• When mentioning Schwerin’s many meetings with Joe, they omit that Schwerin was himself a partner with Hunter in several of his foreign ventures, was appointed to a White House board by the Obama administration, and specifically emailed Hunter in 2010 saying: ‘Your Dad just called me… He could use some positive news about his future earnings potential’ – indicating the link between Hunter and Joe’s business interests.

• The Times also left out any mention of Rosemont Realty, which Hunter co-founded, and which was bought by Chinese-run firm Gemini Investments. Emails show one payment of $188,000 from Rosemont to Hunter, and he retained his stake after the Chinese took over the company.

The firm’s founder, Brad Maryman, was a 29-year veteran of the FBI, served as a Chief Information Security Officer and founded the bureau’s cyber forensics unit. His partner, Dr. Joseph Greenfield, is an associate professor at the University of Southern California and helped write their degree program in intelligence and cyber operations.

After an extensive analysis of the hard drive, Greenfield and Maryman produced a report for DailyMail.com detailing their findings.

Using the same forensic tools as federal and state law enforcement in criminal investigations, they found a total of 103,000 text messages, 154,000 emails and more than 2,000 photos.

– They found emails for multiple accounts on the laptop dating back to 2009, and other data which ‘appears to be related to Mr. Biden’ between 2016 and 2019.

– The report’s findings were consistent with the known timeline for the hard drive. A Wilmington, Delaware computer store work order with Hunter’s signature shows he left his 2017 MacBook Pro laptop there on April 12, 2019.

– Hunter’s iCloud email address was added to the laptop’s system on October 21 2018, as well as his work email at his firm Rosemont Seneca on February 2 2019.

– The same day, a Gmail address he used to log onto sex cam sites, and another personal Gmail address belonging to Hunter, were also added.

– Emails addressed to Hunter’s various email addresses dating from December 2009 to December 2020 were found on the system.

– An iPad with the name ‘Hunter’s iPad’ and three email addresses associated with the Biden family was backed up on the laptop and on iCloud in January 2019 and again a month later.

– Greenfield found 818 call logs in this iPad backup with timestamps from June 2016 to February 2019.

– In February 2019 an iPhone XS was also synced with the laptop. Its serial number was consistent with the timestamps of the data on the phone.

In conclusion, ‘The operating system timestamps appear to be authentic, and no evidence was found to suggest that the timestamps or data were altered or manufactured,’ the report said. ‘No indications were found that would suggest the data was manufactured.’