As it competes with LIV Golf to try and retain players, the PGA Tour is looking at ways it can change its calendar and offer more money to athletes.

The tour was considering a plan to host a global series of three events featuring top players and big purses, but that has been shelved for now, according to ESPN.

Prize pools at these events total up to $25 million, featuring the top 50 players on the FedEx Cup leaderboard and top players in some events beginning in the fall.

Plans for these limited-field, no-cut tournaments were announced in early August, but no dates or locations were attached. 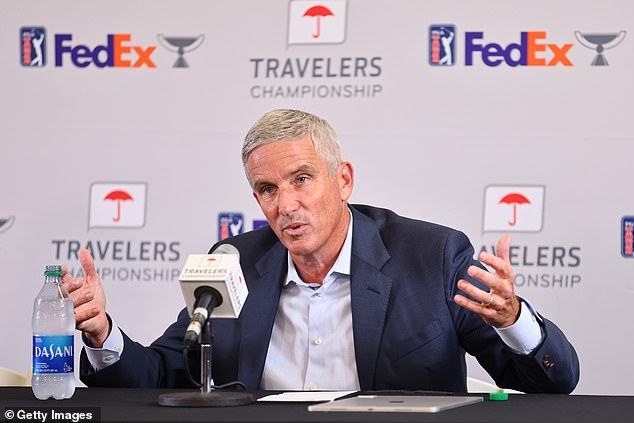 In lieu of this limited series, the PGA Tour will reportedly increase the size of purses for 13 tournaments, each averaging $20 million in size.

These 13 tournaments will be some of the most popular events on the tour calendar, including the Sentry Tournament of Champions, Genesis Invitational, Arnold Palmer Invitational, The Players Championship, Memorial Tournament, WGC-Dell Technologies Match Play, and four other tournaments that will be on a rotating basis Be based on existing events.

PGA Tour Commissioner Jay Monahan has made a number of changes to keep players happy and where they are right now.

The tour guaranteed a minimum salary of $500,000 for rookies, which can be obtained upfront, and lower-ranked players receive a $5,000 stipend for each missed cut.

In addition, the top players have committed to playing at least 20 tournaments a year – which may include the four majors.

The international series was first announced at the Travelers Championship in Connecticut on June 22 at a press conference.

Following the 2023 calendar, the tour is set to return to a more streamlined schedule, running from January through August.

https://www.dailymail.co.uk/sport/golf/article-11166819/PGA-Tour-HOLDS-plans-three-event-global-series-raising-purses-13-tournaments.html?ns_mchannel=rss&ns_campaign=1490&ito=1490 The PGA Tour is holding back plans for a three-event global series and increasing prize pools at 13 tournaments

Inside the weird world of Chris Dawson and his identical twin