A Sam Smith private concert was ruined when a “disgusting” influencer, who was flown to the gig at taxpayers’ expense, went to the bathroom in front of horrified fellow attendees.

The South Australian government paid for the flights, accommodation and drinks for 205 guests to attend the non-binary English pop star’s show on January 11 at a McLaren Vale winery.

A young woman who was present witnessed a female influencer, who was part of a group and behaving “rudely” throughout the night, urinating right in front of the stage. 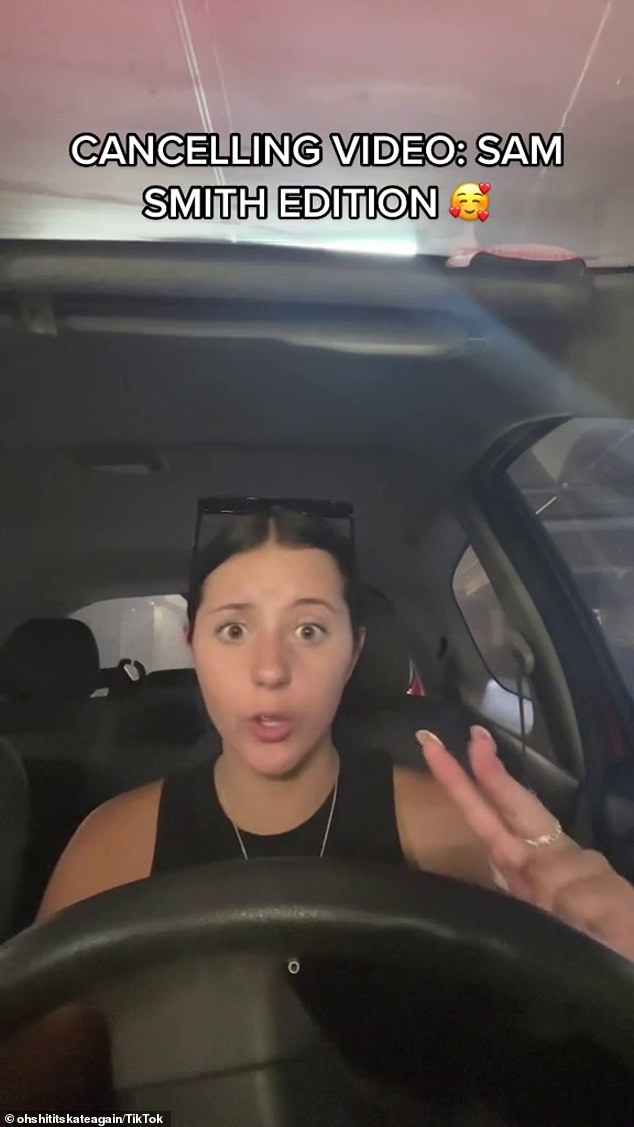 A young woman who was present witnessed a female influencer, who was part of a group and behaving “rudely” throughout the night, urinating right in front of the stage

“One of them literally peed in the mosh. I’m not even joking,” Kate said in a TikTok video.

“I look over and I literally see someone peeing on the floor and peeing into the mosh.

‘First, it’s disgusting, second, I can’t even say anything because I can’t find the words.’

Kate, who went as her mother’s “plus one,” said the woman who peed in front of concert-goers had been with a group of influencers, some of whom deserved to be “slapped” for their behavior.

“Where I stood in the mosh was right next to a group of social media influencers. I won’t name names because I don’t want to be sued,” she said.

“But some [them] were very disrespectful and very rude during some of the most emotional songs.

“A girl next to me was crying because it was so emotional and [Smith’s] Voice is amazing and on my other side I had these influencers screaming “let me get on your shoulders!”.

“They were very drunk and all I could hear was screaming… one told everyone they had a million followers.

“It was very distracting, very rude when you were invited to an event like this which is small and was meant to share the event for tourism in South Australia.”

Some influencers who attended the show reported enjoying the alcohol on offer, with one boasting about “screwing up” giveaways.

Some estimates say $1 million in taxpayer money was spent on the event at the iconic d’Arenberg Cube venue, but Tourism Secretary Zoe Bettison said the actual amount was lower.

Earlier, the SA opposition said it was outrageous that taxpayers were being forced to foot the bill for the event, which was mostly attended by social media influencers and celebrities.

Opposition tourism spokeswoman Jing Lee said because the deal was kept secret there was no way to measure its success.

“We support events and big names visiting South Australia, but there has to be a benefit to the state and community,” Ms Lee said.

“There are also worrying rumors that celebrities and influencers were forced to post a predetermined amount of content on social media platforms to make the concert look like a huge success.”

On TikTok, Kate called for an end to the practice of giving concert gifts to influencers.

“Let’s cancel sending influencers to events like this,” she said.

“Some of them were really ok but I really didn’t appreciate hearing about someone having a million followers like who really cares?”

SA Tourism Minister Zoe Bettison defended spending taxpayers’ money on the show, which was attended by a total of 300 people.

She claimed Smith’s time in South Australia reached 714 million people because he was posted on his Instagram.

“This is the new way of marketing,” said Ms. Bettison.

“We have to go out there and do things differently. We want to turn people’s heads and see South Australia as a place to visit.

“I am convinced that this concert and Sam Smith in South Australia did exactly what we wanted.”

George Santos 'was a Brazilian drag queen who used the name Kitara': report