Game, Set, PINT! US Open tennis fan who went viral at last year’s tournament returns for a beer on Jumbotron… while joking, “A b**** named Serena stole my thunder.”

For the third time in two years, the same tennis fan has been caught on camera drinking a beer at the US Open.

When cameras caught Megan Lucky earlier this year, she was sticking to her traditions and having a beer in front of the cameras and a cheering crowd.

The US Open Twitter account honored them by saying, “It seems this is becoming a tradition at this point,” while showing videos comparing their efforts. 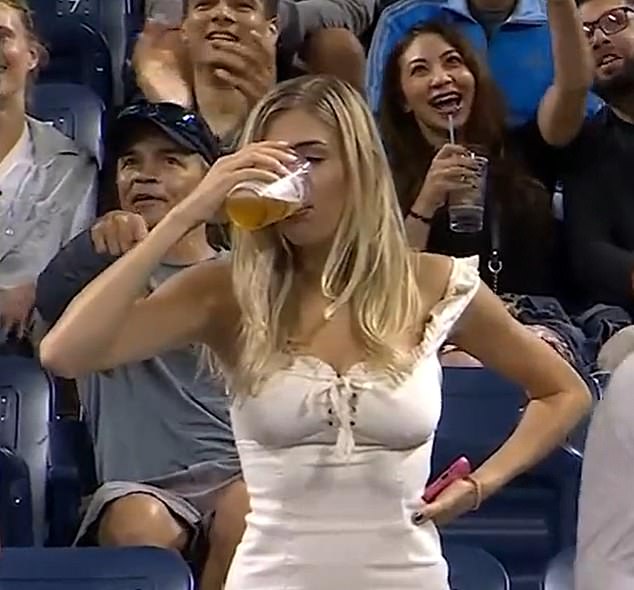 Last year, she was caught on camera not once — but twice — and opted to grab a beer both times

Lucky appeared on screens at the Open twice in one day last year and chose to have a beer both times.

This year she’s returned to show us all she still has the spirit by putting another one away.

Lucky took to Instagram and shared pictures from her second annual US Open chug with the caption, “Some b**** named Serena stole my thunder.”

https://www.dailymail.co.uk/sport/sportsnews/article-11181519/US-Open-tennis-fan-downs-beer-jumbotron-going-viral-year.html?ns_mchannel=rss&ns_campaign=1490&ito=1490 The US Open tennis fan has a beer on Jumbotron after going viral last year