Wests Tigers international recruit John Bateman may not even be in Australia for the start of the NRL season as the backrower is still stranded in England over issues with his visa.

The Tigers signed the former Canberra Raiders star from Super League heavyweights Wigan for a “significant transfer fee” believed to be in the region of $250,000 as part of a major roster overhaul.

But the process of bringing the 29-year-old to Sydney has been far more complicated than expected and a huge source of frustration for the player and Wests boss Tim Sheens. 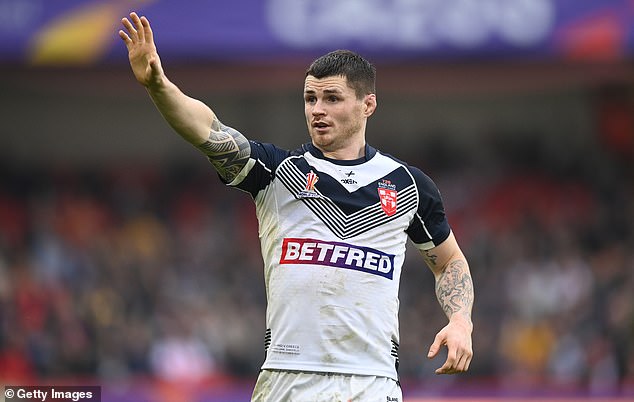 According to the Sydney Morning Herald, Bateman had to wait for the Tigers to register his contract before he could apply for a work visa.

The former raider and his Australian partner also had to apply for a visa for their newborn son.

However, the process has been delayed because of the Christmas holidays, with the Tigers not officially finalizing the deal until Boxing Day.

“There were some problems with the visa and the government [departments] closed over Christmas in both countries, which slowed us down [further]’ Sheens was quoted as saying.

We don’t give a date when he will be here. We have immigration people and experts trying to sort it out.

“It’s a bit unusual, but he doesn’t come alone either.”

The Tigers play their first test against the Warriors on February 9 before taking on Canberra nine days later and Sheens remains hopeful the Englishman could be available to face his former side.

“We have to get him here first.”

Bateman played for England at the Rugby League World Cup in November and has kept in shape in England by sharing pictures of him working out in the gym on social media.

Sheens confirmed he was in regular contact with the Yorkshire man, who “does a lot of weights” at home in Bradford and was provided with videos of the Tigers’ games and coaching sessions.

Bateman made a huge impact in the NRL during his two years in Canberra, helping the Raiders reach the 2019 Grand Final, which they ultimately lost to the Sydney Roosters.

The backrower signed a four-year deal with the Tigers during a busy offseason for the Wests, who also welcomed former Newcastle lock David Klemmer and last season’s big finalists Api Koroisau and Isaiah Papali’i.

“I can’t wait to start a new chapter at a club that I know is on the rise,” he said last month.

“A lot has changed at Wests Tigers in the past few months and everything I’ve heard is positive. I want to be part of the club’s rebuild and am really looking forward to returning to the NRL.

Sheens, meanwhile, has swapped his role as Tigers manager of soccer for head coach, and the Wests’ season opener against the Titans on March 5 will be his first game in charge of an NRL club since leaving the club at the end of the 2012 season.

The Tigers endured a dismal season last year, clinching the wooden spoon for the first time in their history as they finished with a 4-20 record.

https://www.dailymail.co.uk/sport/nrl/article-11657771/Tigers-star-recruit-John-Bateman-left-STRANDED-England-amid-visa-delays.html?ns_mchannel=rss&ns_campaign=1490&ito=1490 Tigers star recruit John Bateman has been stranded in England due to visa delays

Family of actor Julian Sands release pictures of him scaling 14,000ft peak in 2016