Tony Blair’s son Euan’s education start-up is taking on universities by offering debt-free degrees to apprentices while they work at companies like Rolls-Royce and Mastercard.

Multiverse, the company founded in 2016 by the former PM’s son, has been given the power to award degrees in a range of subjects, including technology and data science.

A first cohort of 170 students will be enrolled in Multiverse programs later this month, with applications open to all 16-24 year olds later this year. 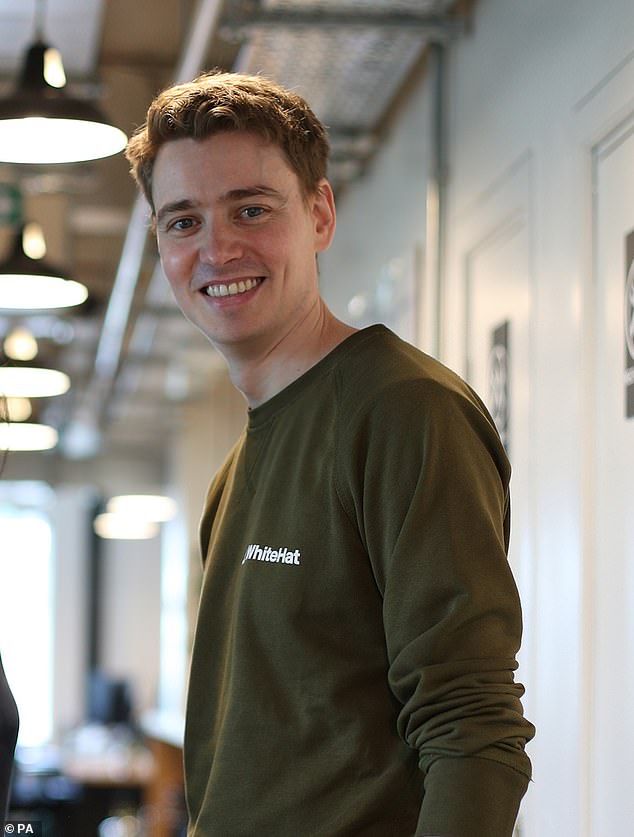 Euan Blair (pictured) founded educational technology start-up Multiverse in 2016 which has since worked with more than 8,000 apprentices and is valued at just under £1.4bn

Euan last photographed with his father, former Labor Prime Minister Sir Tony Blair, on the steps of 10 Downing Street in 2007

Elisabeth Barrett, Vice President of Learning at Multiverse, said: “Young people have been presented with an artificial compromise between earning a degree or starting a career and learning real-world skills right away.

“Now they can do both. We have a vision for applied degrees that enable people to get a quality education – but where a salary replaces debt.

“A high-quality job right from the start replaces the risk of not being prepared for the modern working world by the time you graduate. And applied learning and personalized coaching are replacing theoretical lectures and outdated exams.

“Our degrees provide education in the areas that drive today’s economy: like data and technology. Already, our tech and computer programs have higher employability than computer science degrees. Multiverse’s degree-granting powers allow us to go further.’

Students spend approximately one-fifth of their studies with multiverse coaches and experts in their respective fields, and are given graded assignments to complete throughout the three-year course.

Alongside this, they will work as apprentices in one of hundreds of companies such as Rolls-Royce and Mastercard, earning a starting salary of at least £18,000 per year.

Mr Blair’s company is the first apprenticeship provider to be granted degree-awarding powers by the regulatory body, the Office for Students.

Euan’s start-up Multiverse was the first training company to receive the authority to award degrees from the Office for Students, the university supervisory authority

Jean Arnold, Director of Quality at the Office for Students, said: “We support innovation in the industry to improve the options and quality of study programs for students.

‘We are pleased to give degree award powers of attorney to Multiverse as a provider that offers students opportunity and choice.

Mr Blair’s company has now helped more than 8,000 trainees and is worth almost £1.4billion.

The training is free for trainees, they do not take on any debt as the bill is borne by the employer.

The costs of the training are initially covered by the apprenticeship fee introduced in April 2017 to help the government fund its plan to offer more apprenticeship programs.

Employers have to pay the 0.5 per cent levy on their annual wage bill if it’s over £3million.

Meanwhile, smaller employers whose annual payroll is less than £3million pay just 5 per cent of the cost of their apprenticeships, with the government paying the rest.

Tony Blair poses with his family, wife Cherie and children (left to right) Nicky, Kathryn and Euan before taking up residence at 10 Downing Street in 1997

Under Tony Blair’s Labor government, tuition fees of £1,000 a year were introduced in 1998.

The move met fierce opposition from opposition parties and the National Union of Students, who vowed to “fight them tooth and nail”.

In 2003 Labor announced plans to increase tuition fees to £3,000 a year, although they had previously promised not to increase them.

This meant that graduates would have to start paying back fees once they were earning a salary of £15,000 a year.

The price increase was defended by Tony Blair, who said that “graduates should contribute more to their university education”.

Tuition fees at universities in England are now £9,250 a year, following further increases from successive governments.