A Michigan woman and her two sons, three and nine, died of hypothermia after sleeping in a park near Detroit, autopsies have revealed.

Ms Cannady is survived by her daughter Lilly, 10, who was recovered by local police after she knocked on a neighbor’s door early Sunday morning and said her family was dead in a field.

Bouchard held a press conference Monday, January 16, to call for more funding for mental health programs in the region. 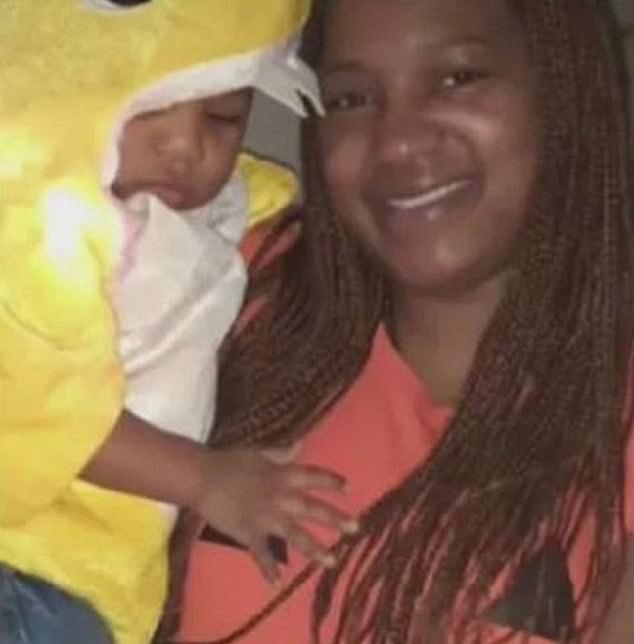 Michigan mother-of-three Monica Cannady, 35, has been described as a “loving, caring mother.”

Bouchard added that the family tried to get help for Ms Cannady after she noticed a change in her behavior three weeks ago.

Ms Cannady reportedly refused and fled with the children.

Family members also told authorities the mother-of-three had told her children to hide if people approached them.

Sources said the children’s father was murdered two years ago.

Ms Cannady is understood to have been taking refuge outside from those she believed were following her, including police.

Bouchard said police received calls about a woman and children who were underclothed in the area, but were unable to locate them.

Investigators say the family could have been out in the cold for at least three days.

On Saturday, Ms Cannady and the children were reportedly seen knocking on doors and telling people they were hungry.

Daughter Lilly, 10, woke up to find her mother and siblings had died of hypothermia during the night.

Sheriff Bouchard, this incident is just the latest example that more resources are needed to address mental health. He and the city leaders encourage the community to help people suffering from mental illness.

“We see death every day as a result of the mental health crisis, and it sure would be nice if Washington and Lansing got involved,” Bouchard said.

The children’s grandmother, Theresa Milton, told WXYZ that she was unaware that Ms Cannady had a history of mental health issues.

She said the children are well taken care of.

Monica’s family is crowdfunding online to support 10-year-old Lilly, who is currently in the hospital

The Cannady family said in a statement on a GoFundMe page set up to help pay for funeral expenses and help Lilly that mother Monica was “a loving, caring mother to her children, always a hard worker making sure that their children were well cared for. ‘

They added that Monica is not insured for herself or her children and that donations to support Lilly would be appreciated.

If you need mental health support in Oakland County, you can contact Common Ground 24 hours a day. The Oakland Community Health Network also provides resources. Contact the Crisis Hotline at 844-446-4225.

Lifeline offers a national service on 988 for those who are experiencing a mental health crisis or who want to help a loved one through a crisis. 988 is confidential, free, and available 24/7 for calling, texting, and chatting.

https://www.dailymail.co.uk/news/article-11644073/Tragedy-mom-young-sons-die-hypothermia-sleeping-park-health-crisis.html?ns_mchannel=rss&ns_campaign=1490&ito=1490 Tragedy as mother and young sons die of hypothermia after sleeping in park during health crisis