Twitter has suffered a 40 percent drop in revenue since last year as more than 500 advertisers paused spending on the microblogging site.

Elon Musk’s $44 billion takeover of Twitter last October drew controversy after the entrepreneur laid off thousands of employees without notice.

Insiders told technology newsletter Platformer that its daily earnings on Tuesday On January 17, it was 40 percent lower than the same day a year ago.

In the first quarter of 2022, Twitter generated revenue of $1.2 billion – or the equivalent of $13.3 million per day. If sales are 40 percent down now, it would currently be making $8 million a day. 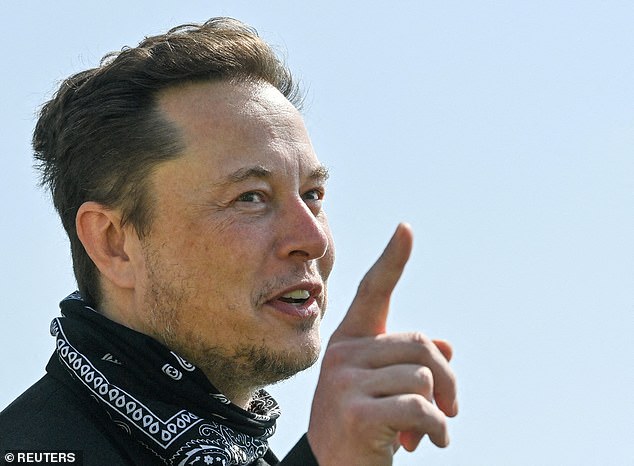 Twitter’s revenue is down 40 percent, according to insiders, meaning daily earnings are estimated at around $8 million based on figures from the first quarter of 2022

Meanwhile, more than 500 advertisers have stopped spending on the site since Musk’s acquisition, reports The Information.

Engineering manager Siddharth Rao is said to have informed employees about the decline in a presentation to the workforce on Tuesday.

Advertisers were spooked by the company’s mass layoffs and Musk’s rush to implement a paid verification feature, prompting scammers to pose as the company on Twitter.

In November, Musk admitted there had been problems with ad revenue, telling his followers, “Twitter has had a massive drop in revenue because of activist groups pressuring advertisers, even though content moderation hasn’t changed and we’ve done everything we can ‘What could we do? Appease the activists.’

He added: “Extremely messed up! They’re trying to destroy freedom of speech in America.’

In November, Musk tweeted that the company was losing advertisers because “activist groups” said they were “trying to destroy free speech in America.”

The company has yet to release its fourth-quarter results, which are due to be released in February.

Musk had planned to diversify Twitter’s revenue away from ads over the long term, but the sudden drop in spending will likely hamper the company in the medium term.

Musk has already laid off 75 percent of its 7,500 employees, which means dozens of laid-off workers are now trying to sue the company for firing them without warning.

The company is also facing a lawsuit from the landlord of one of its San Francisco offices for non-payment of rent.

The building is not Twitter’s official headquarters, which is located nearby on Market Street.

Similar problems have arisen at its other offices, including in Seattle, where it faces eviction for non-payment of rent.

Employees at the Seattle site have been told they must now work from home.

It comes as supplies from Twitter headquarters are now listed on the Heritage Global Partners auction website.

Chairs from the company’s offices have sold for more than $1,000.

Musk first announced in December that he would be listing the company’s items for sale, claiming he wanted to purge his HQ of his “awakened” stocks.

Items from San Francisco from Twitter were auctioned at Heritage Global Partners, with a pictured “@” sculptural planter going on sale for $8,250

These included a massive Twitter bird statue and other thousand-dollar items starting at $25.

An espresso machine worth around $18,000 is listed on the auction website

Since his acquisition, Musk, 51, has shrunk the company’s workforce from about 7,000 to 2,500 in a bid to rebrand Twitter and its guard policy.

Twitter stock was trading at $53.70 on Wednesday, down 1.09 percent from a year earlier

Bidding on the items opened at 7am yesterday and will end at 10pm tonight.

https://www.dailymail.co.uk/news/article-11649063/Twitter-revenue-40-year-ago-500-advertisers-pause-spending.html?ns_mchannel=rss&ns_campaign=1490&ito=1490 Twitter revenue is down 40% year over year as more than 500 advertisers pause spending