Twitter is said to have been working on an OnlyFans-style subscription earlier this year that would allow users to sell nude photos and videos, but internal documents from The Verge show the plan was squashed because the company’s “failure to accurately recognize child sexual exploitation.” can and cannot -scale consensual nudity.’

The statement was made by Twitter’s so-called “Red Team,” which included 84 employees tasked with testing the product to ensure it could be conducted “safely and responsibly,” according to the report.

Those warnings forced executives to pause adult content monetization (ACM) until Twitter can develop the right tools to ensure a safe environment. 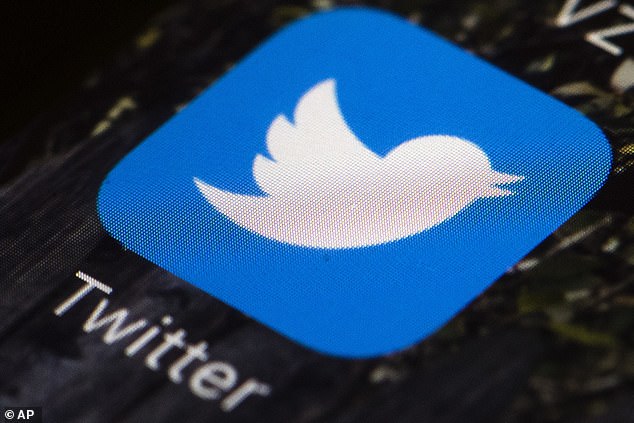 Internal documents obtained by The Verge suggest Twitter would launch an OnlyFans-like subscription, but the plan was halted because it cannot detect and remove all child sexual abuse material

ACM would allow creators to share explicit content that other users pay to view – the same business model as OnlyFans.

A spokesman for OnlyFans told DailyMail.com: “Regarding age verification, OnlyFans is an 18+ only platform and uses a combination of technology and human moderation teams to verify the age and identity of creators and fans.

“For example, as part of the age and identity verification process, creators must provide more than nine pieces of personal information and documents before they can publish content on OnlyFans.”

However, OnlyFans has been accused of failing to prevent child sexual abuse material (CSAM) on its platform, and it has been found that minors are selling their own explicit content. These allegations were made by the National Center for Sexual Exploitation.

Twitter’s product would work similarly to OnlyFans, allowing creators to charge users to view their sexually explicit images and videos

Not only was child pornography a problem, Twitter also lacked proper tools to verify that both the creators and customers were over the age of 18, the documents said.

However, Twitter uses a Microsoft-created database called PhotoDNA, which can identify and remove CSMA, but the system cannot pick up content that isn’t already part of the database.

The Microsoft system, developed in 2009, does not recognize content that is not yet in its database and cannot identify digitally modified content either.

Twitter and all similar social media platforms are required by law to report child sexual exploitation (CSE) detected on their sites to the federally funded National Center for Missing and Exploited Children (NCMEC).

The Verge states that NCMEC revealed that Twitter reports one million cases of CSE each month and 84 percent contain newly discovered CSE. All of this would have been overlooked by PhotoDNA.

According to the report, Twitter’s health team, which focuses on ensuring safety on the platform, has reportedly warned the company’s board of directors about the platform’s CSAM issue since February 2021.

This team, which is focused on keeping the platform secure, has previously alerted the company to the need for tools to detect CES and urged leadership to implement it — but it appears that has yet to happen.

“While the amount of CSE online has grown exponentially, Twitter has not invested in technology to recognize and manage the growth,” begins a February 2021 report by the company’s health team.

Although Twitter suffers from the same problems as almost every other social media platform, others have taken the steps and forked the money to work on a fix.

Mark Zuckerberg, CEO of META, who is under scrutiny over privacy issues on Facebook, Instagram and WhatsApp, slammed Twitter in 2019 when he said: “The amount of our budget going into our security systems is, in my opinion, greater than.” Twitter’s revenue for the whole year.’

OnlyFans was due to ban pornography from its site from October 2021 to “meet demands from our banking partners and payout providers,” an OnlyFans spokesperson confirmed to DailyMail.com last year.

The platform announced the changes on August 20, 2021, but dropped them five days later after heavy backlash from developers who said they would lose money and eventually abandon OnlyFans.

Creators receive 80 percent commission on their earnings, while the remaining 20 percent goes to the company, covering “referral payments, payment processing, hosting, support, and all other services.”

https://www.dailymail.co.uk/sciencetech/article-11165507/Twitters-plans-OnlyFans-competitor-stifled-child-pornography-concerns-says-report.html?ns_mchannel=rss&ns_campaign=1490&ito=1490 Twitter’s plans to become an OnlyFans competitor were nipped in the bud over child pornography concerns, according to the report