By Brooke Davies for Mailonline

School uniform logos could be scrapped to save families hundreds of pounds, ministers said.

The Welsh Government is considering whether schools should ban logos or iron them on so they can be affixed free of charge, with Education Secretary Jeremy Miles urging schools to “show leniency” in demanding branded uniforms.

However, the austerity measures will not take effect this year. 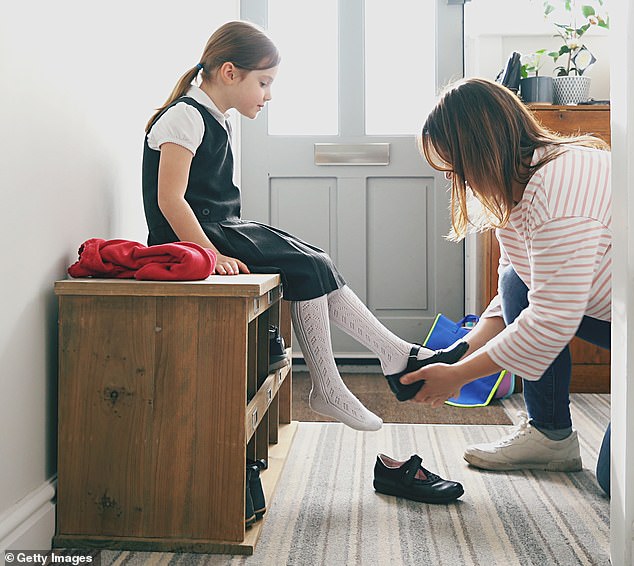 He said some families are being forced to spend “immeasurable” amounts of money, adding: “I hope you will agree that this is simply not acceptable.

“We know that school logos, for example, are still a burden for many families. I have therefore asked my officials to explore options regarding logos on school uniforms.

“Options include whether schools should either have no logo at all or use ‘iron-on’ logos that are provided free of charge.

“This would give families the opportunity to buy uniforms at a cheaper cost from a retailer of their choice.”

Eithne Hughes, director of the Association of School and College Leaders, said the letter was already “late” as the new semester starts this week.

She said: “The guidance issued in January this year already provides guidance for schools on defining uniforms, including limiting the number of items bearing logos.

“Iron-on school logos will help reduce uniform costs, but they will not solve the child poverty problems that have plagued our nation.”

The announcement comes as a survey found nearly half of parents were planning to allow their children fewer trips during school holidays due to the tight cost of living.

Pippa Simons, 54, who hails from Birmingham and has 11-year-old daughter Amy, told The Daily Mail: “The cost of living is something you worry about all the time. I started to worry before she dropped out of school.

“I also have the expensive school uniform because she will start high school in September.

“My mother used to help, but she died last March. And trying to ask friends’ moms for help… They don’t want to impose themselves.

https://www.dailymail.co.uk/news/article-11178921/Wales-scrap-school-uniform-logos-make-iron-help-parents-save-money.html?ns_mchannel=rss&ns_campaign=1490&ito=1490 Wales could ditch logos on school uniforms – or make them iron-on – to help parents save money