AFL legend Wayne Carey has been ejected from a Crown casino after being caught with a bag of unknown white powder.

The North Melbourne legend has been handed a two-year ban from Crown after the bag allegedly fell out of his pocket and onto the gaming table at the company’s Perth Promenade Hotel on Thursday night.

Onlookers watched as an alarm sounded and Carey was evicted from the casino by internal security. 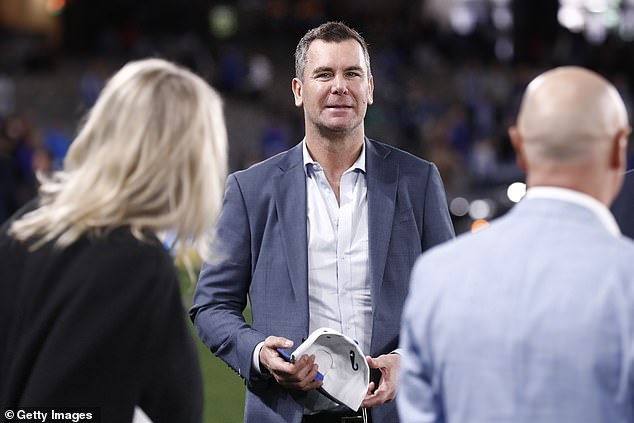 Carey was in Perth to cover Saturday’s game between the Western Bulldogs and Fremantle.

A Crown spokesman confirmed the incident to The West Australia, saying “a patron was escorted from the premises” and “the incident has been handled under our standard procedures”.

“At Crown Perth, our priority remains protecting our guests, staff and community. As trained professionals, our employees are charged with providing a safe and comfortable environment for customers and employees at all times and will take the necessary actions to ensure these guidelines are followed,” the spokesman said.

The two-year ban covers all Crown venues, meaning the AFL champion will be barred from attending the AFL-sanctioned Brownlow medal ceremony.

https://www.dailymail.co.uk/news/article-11180935/Wayne-Carey-caught-bag-white-powder-Perth-Casino-AFL.html?ns_mchannel=rss&ns_campaign=1490&ito=1490 Wayne Carey was caught with a bag of white powder in a Perth casino: AFL

Reece James has signed a five-year deal with Chelsea