Australians on the east coast will be lashed with above-average rainfall this summer, while those in the west look forward to months of endless sunshine.

The Bureau of Meteorology forecasts it will be wetter than usual in Queensland, Victoria and New South Wales, but drier than normal in Western Australia.

Australians wanting to get some sun need to holiday to drier areas, including coastal parts of central and north Queensland, the Northern Territory and most parts of WA, where summer days are expected to be warmer than average.

In contrast, Victoria, the NSW coasts, much of Queensland, and northern and eastern Tasmania will experience above-average rainfall and cooler temperatures. 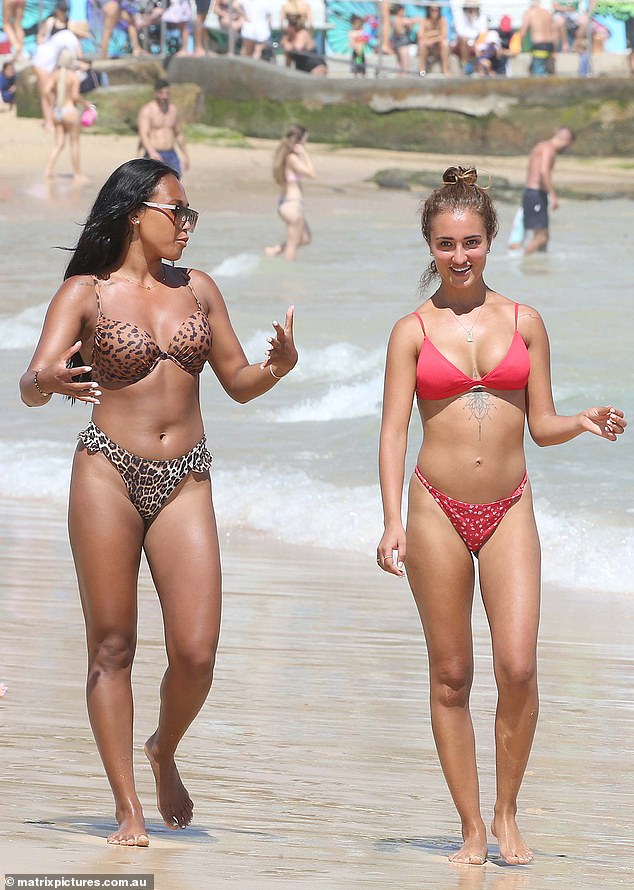 Australians on the east coast will be lashed with above-average rainfall this summer, while those in the west can look forward to months of endless sunshine

Victoria, the NSW coast, much of Queensland and northern and eastern Tasmania will receive above-average rainfall and cooler temperatures (pictured is a weather map showing increased rainfall expected in December).

Across Australia, nights are expected to be generally warmer, particularly in the tropical north and Tasmania.

However, cooler days will occur in most parts of NSW, southern parts of Queensland and across Victoria.

In the BoM long-term forecast for December 2022 to February 2023, senior climatologist Dr. Andrew Watkins that East Coast conditions were likely to remain wetter than normal.

This means several states will continue to be flooded as the incessant rain gives saturated catchments little chance to dry out.

Northeastern parts of NSW will experience below-average temperatures for this time of year (pictured), as will southern parts of Queensland and Victoria

“Heavy rainfall has kept the soil very wet in many areas, particularly in south-east Australia. Only Western Australia and parts of the North are drier than average.

“Wet soil cannot hold more when it rains, so runoff into dams has been high.”

Above average rainfall for the east coast, but drier in the west

There is still a risk of flooding in the east

Warmer days and nights for many areas across Australia

Above normal bushfire potential in inland and central areas

Above-average number of tropical cyclones in the coming season

Dozens of catchments along the East Coast are more than 100 percent filled as warnings of future flooding stand.

In view of the upcoming bushfire season, fires in inland and central areas as well as parts of WA and south-west Tasmania have above-average potential.

“This could dry up and provide fuel for grass fires by late summer,” he said, while firefighters should closely monitor summer conditions.

Sea temperatures in Northern Australia are above average, increasing the risk of tropical cyclones and heavy rainfall.

Australia has a 73 percent chance of experiencing an above-average number of hurricanes in the coming season.

The communities in the north of the country have been asked to start preparing now.

More encouraging news: The factors that caused the recent rains are expected to change over the summer, as models suggest La Nina will weaken in early 2023.

The Bureau of Meteorology has confirmed that the weather phenomenon responsible for creating wet conditions will weaken in early 2023, with the Indian Ocean dipole “rapidly decaying” in late spring.

Weatherzone reports that some models suggest El Nino could return next year after three consecutive years of La Nina.

Model calculations show that El Nino, in connection with a warming of the central and eastern Pacific, could become the most likely state for the Pacific next winter.

In this week’s weather, much of the South East has enjoyed warmer temperatures while areas in NSW and South Australia continue to experience flooding.

Storms and rain have been forecast for the Top End as the monsoon season approaches, while parts of WA and SA face an increased risk of fire.

Low pressure valleys are expected to bring gales and showers to WA, western parts of SA, the NT and Queensland on Friday.

Heavy rain is expected over the tropical north and inland parts of WA, while elsewhere in the country will remain fairly dry.

A high pressure system will drive showers and strong onshore winds across eastern parts of NSW and Tasmania.

The weekend will be dry for most of the country, with showers in Hobart and Darwin.

THE FOUR-DAY FORECAST FOR YOUR CITY:

Monday: One or two showers will develop. Min 7 Max 17

https://www.dailymail.co.uk/news/article-11465611/Australia-weather-Millions-east-coast-forecast-washout-Christmas-soaking-summer.html?ns_mchannel=rss&ns_campaign=1490&ito=1490 Weather in Australia: Millions on the East Coast are forecasting a washed-out Christmas during the soggy summer