Three children have been rescued and 45 Western Australians have been charged after police launched a nationwide search for those allegedly involved in a pedophile ring.

The Australian Federal Police, WA Police and Australian Border Force spent a week targeting suspects involved in the manufacture, distribution and possession of child exploitation material and executed more than 60 search warrants in all of Western Australia.

Police made a series of horrifying discoveries during their week-long search, charging the 45 people with 149 offenses and seizing 35,222 images and videos depicting child exploitation material. 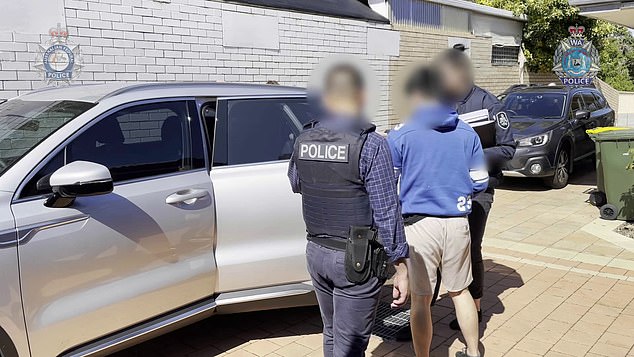 In 2021, the AFP-run Australian Center to Counter Child Exploitation (ACCCE) received more than 33,000 reports of child exploitation – double the number of reports from the previous year.

AFP Detective Superintendent Graeme Marshall said the arrests proved how law enforcement would identify, arrest and prosecute predators and gave them a warning

“These numbers show the scale of the problem and the importance of everyone in the community — parents, teachers, caregivers — being vigilant,” he said.

“Let this serve as a warning to anyone producing or distributing child abuse material – you will be caught.

“People who create, distribute or possess child exploitation material may believe they are anonymous and hiding behind a computer,” he said.

“Let me tell you they are not. As this operation demonstrates, we can identify them, we can locate them and we can prosecute them.’

“AFP, along with our state, Commonwealth and international partners, remains committed to identifying, arresting and prosecuting those who seek to exploit and harm the most vulnerable in our communities – our children.”

The crackdown coincides with the start of National Child Protection Week (NCPW).

The campaign, which emphasizes the right of all Australian children to grow up in a safe environment, runs from September 4th to 10th.

This is how you have a dust-free home all year round: Mama's "magic solution" ensures a sparkling clean home