Winter’s icy stranglehold on Britain: Commuters face more travel chaos on roads and rails in the south, west and Scotland – as Met Office warns of blackouts after temperatures plummeted to -6C overnight

A spate of road accidents and road closures broke out yesterday, including a bus carrying around 80 people overturned in a collision in Somerset.

Police have warned drivers to exercise caution given the difficult conditions on the roads, adding that there have been “many accidents” this morning.

There are already numerous reports of disruptions to rail traffic, as temperatures in many regions remain below freezing. 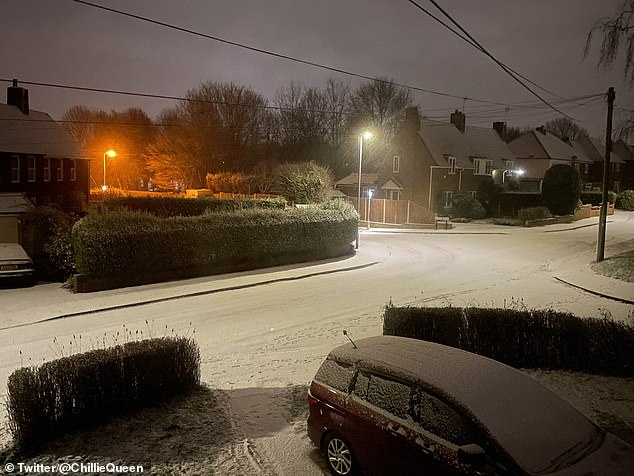 Temperatures dropped to -5C and -6C overnight and some places are waking up to heavy snowfall today. Pictured: Stoke on Trent

Temperatures fell to as low as -5C and -6C in parts of the country last night and many places woke up to more frost and ice this morning.

The weather is not quite as cold today as yesterday, the coldest day of the year so far with the lowest recorded temperature of -9.8C at Topcliffe in North Yorkshire.

The Met Office has issued a series of yellow and amber weather warnings this week as the UK is hit by the frigid weather, causing travel disruptions across much of the country.

Yellow warnings are in place in Scotland, Northern Ireland, Wales and the North West and South of England.

It warned commuters to allow “extra time for scheduled journeys” as many see a “frosty start” to the day.

“Please take care of the roads, the spreaders are on the road, but we’re dealing with a lot of accidents at the moment.”

Steven Gerrard is "slowed down" in the race for the title of Poland national coach.