Wolves’ move for West Ham’s Craig Dawson angers boss David Moyes, who insists the offer has destabilized their preparations for the crucial clash – and he says he will make an offer for a Wolves player in retaliation!

By Jon West for the Daily Mail

And the Hammers manager joked he could bid on one of Julen Lopetegui’s players in retaliation.

For the Scot, however, the episode is no joke as the loser of Saturday’s game is sure to spend the remainder of the weekend in the relegation zone. 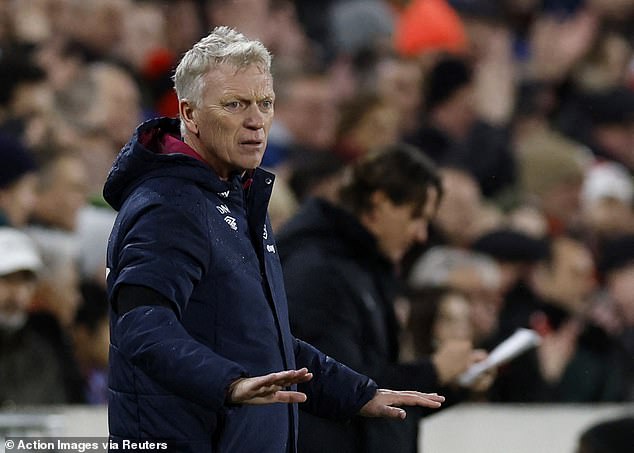 Wolves, who host the Hammers on Saturday, have made an approach for the central defender (left).

Centre-back Dawson, 32, is originally from the north west of England and has been wanting to leave West Ham for some time as he wants to move closer to home for family reasons.

“I could bid for one of them after the game and see how it goes,” said Moyes, whose side have started the weekend above the relegation zone on goal difference only.

“Is it destabilizing? By the way, yes. Let’s be fair, Wolves tried to buy Daws over the summer and we said no at the time.

“We got another offer from Wolves. At the moment we have not accepted it. We have four more center halves so we’re pretty well covered in that area.

West Ham striker Michail Antonio has also been linked with a move from Molineux, but Moyes – who was due to have another striker in Gianluca Scamacca today – said that would not happen.

“We had no offer and no request, so I don’t know where the grown legs are coming from,” he said. “Mick is very important to us and he’s on a two-year contract, so he’s been here for a while.”